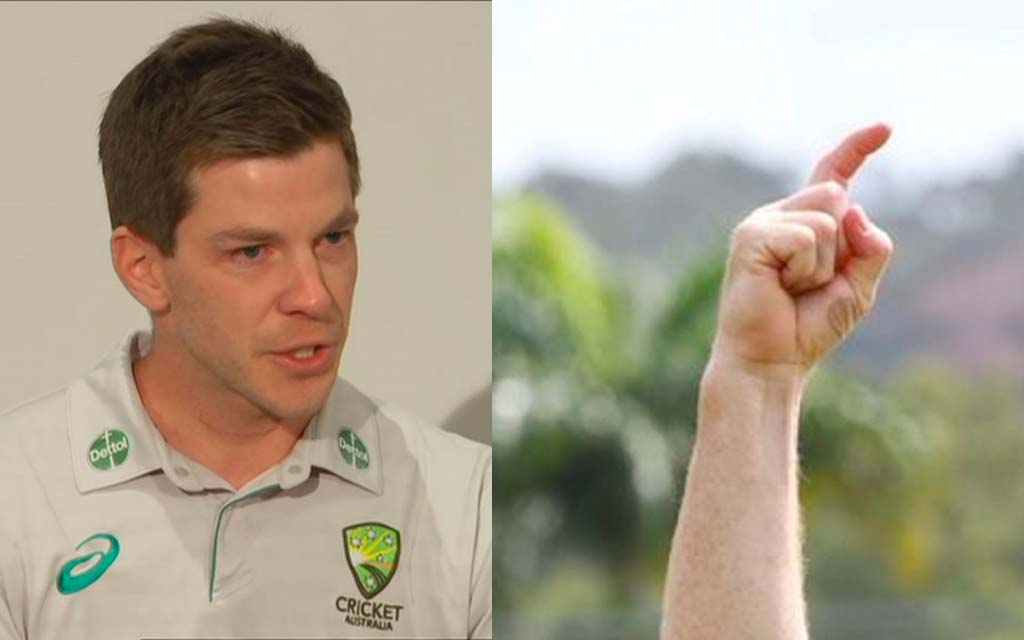 The captain of the Australia team has dropped a bombshell announcement this afternoon.

Tim Paine has revealed to the media that he will be standing down as the captain of the national team, after being given Sext and Out.

Following on from the traditional backyard cricket rules where anyone who slogs too hard has to walk, Paine is set to resign as captain after details emerged of some graphic text messages.

Sent in 2017, a co-worker has alleged Paine sent a dick pic and some ‘lewd language.’

Paine said the incident where he sent the messages to a female former employee of Cricket Tasmania, was investigated by Cricket Australia at the time, and he was exonerated.

However, Cricket Australia and Paine have both agreed since the public revelation that his actions are not befitting of a national captain and he has decided to walk away from the leadership role.

“Yeah, I’ve been given sext and out,” confirmed Paine this afternoon, who refused to confirm or deny whether he would be working on his leg-spin deliveries in the upcoming weeks.

“I’ll take some time in the field and hopefully work my way back into the middle,” said the man who seems not be chucking a tanty, as can often be the case when someone is given six and out.”