America’s Central Intellegnece Agency has today revealed an interesting to plan to try and settle things down in Eastern Europe.

After talking a big game about standing up to Russia and China, but doing nothing other than imposing sanctions and selling trillions of dollars of arms to the global community, America is apparently hoping to sneak a modern day Trojan Horse into Russia’s capital.

With the Russian invasion of Ukraine rolling on despite President Volodymyr Zelenskyy pleas for more assistance than just words and sanctions, it’s believed that hope may now lie with a former basketballing great.

Dennis Rodman has been called upon to infiltrate the inner sanctum of Russian President Vladimir Putin, and try and calm him and his oligrarchs down a bit.

So given the maverick baller’s ability to befriend leaders with poor morals and a desire to cause misery for the people they rule, it’s hoped Rodman can bring Putin around.

“We considered actually negotiating with Russia about the role of NATO in Europe and trying to find an amicable agreement to a geopolitical show of force, but that doesn’t really work for us,” said a CIA operative today.

“So we are trying to get The Worm to buddy up with Putin and calm him down.”

“We are praying that Vlad is one of those really short guys who loves basketball cause he’ll never bet that good at it.”

“If not, well then sorry Ukraine, I know we talked up supporting you for the last few deacdes, but you are gonna have to make do on your own for now.” 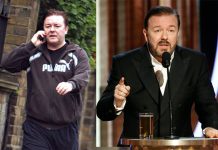