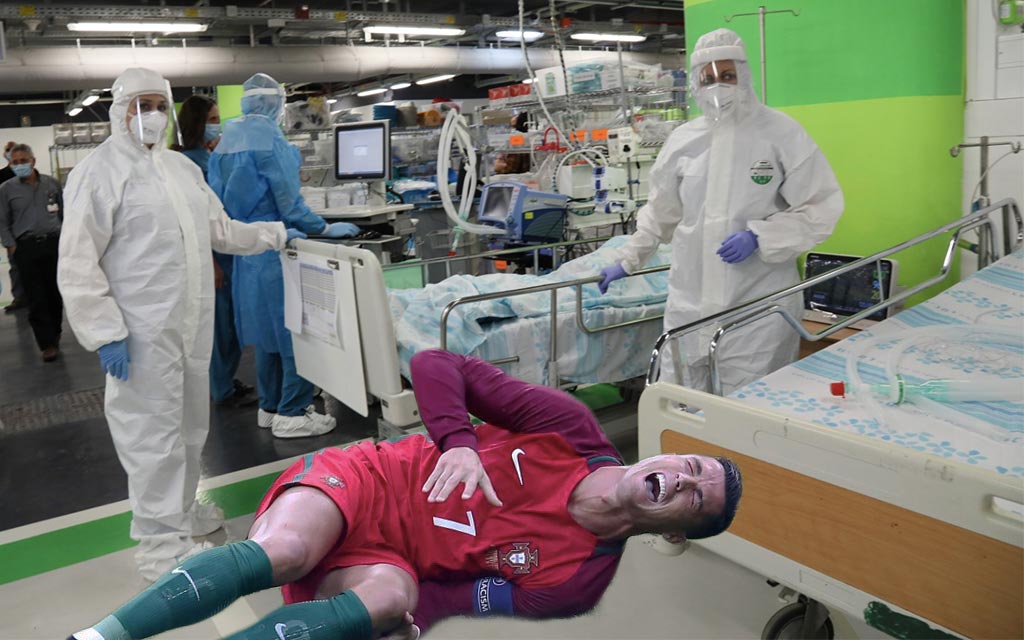 Portuguese footballing superstar Cristiano Ronaldo is causing a bit of a scene, it can be confirmed today.

The Juventus forward is doing so in some under the pump European hospital where he is being treated for COVID-19.

The already overworked staff have revealed that Ronaldo is continually diving on the floor whenever they try and administer some treatment for the deadly virus.

Speaking to The Advocate via Editor at Large Errol Parker, who speaks semi-fluent Portuguese, a nurse said Ronaldo’s habit of diving to the floor and rolling around whenever someone makes the slightest contact with him is causing them all sorts of headaches.

“We’ve got a pretty packed ward, and Ronaldo keeps diving to the floor and screaming for a free-kick whenever we try and look after him,” said the stressed nurse.

“I tried to put a drip in and he flailed off the bed and started acting like I just broke his leg.”

“I know putting a needle in can hurt, but he’s causing a real scene.”

“There are no referees in here, and there are no goals to take the potential free-kick into.”

“And the fake tan he’s left all over the floor is creating a real slip hazard.”

It’s not known why Ronaldo entered the hospital in full kit, but staff have just assumed that that’s the kind of thing he would do.