In some adorable news out of the NRL off-season, it seems the Gold Coast Titans have also thrown their hat into the ring for a signature from Latrell Mitchell.

Today, a sixth club has entered the race. The Gold Coast Titans ahahah.

While journalists continue to build up their sensationalised coverage of Latrell Mitchell’s every move, it seems this particular development is so laughable that it probably won’t even get turned into some Fox Sports clickbait.

As has been discussed openly by the rising 22-year-old football star, his decision will be based solely on several well outlined factors: what is best for his family, location, money and likeliness of ever winning another premiership.

While the Gold Coast Titans can offer Latrell’s family a nice hometown – the fact that their administration is overseen by the NRL means that they are unable to cheat the salary cap – and therefore unable to pay him what he’s worth.

However, the cutest thing about this offer is the fact that they are expecting to be taken seriously in their efforts to offer the two-premiership winning Origin star an underpaid opportunity to play alongside a bunch of 37-year-olds.

The Titans have insisted that they will have the money to sign Mitchell as their contract with Jarryd Hayne is set to expire in a few months. 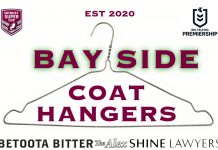 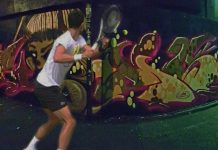