Justin Trudeau is scrambling to halt further damage to his re-election campaign after being met with wave of racist incidents from his past.

Less than five weeks before the federal election on 21 October, the Liberal leader’s campaign has been compromised by images and videos that show the Canadian Prime Minister couldn’t stop dressing up in blackface before he was in politics.

The Canadian opposition Conservative party – currently tied with Trudeau’s Liberals – confirmed it had sent the video to Global News earlier in the week, because that’s how you win an election nowadays.

While Trudeau has confronted the scandals head-on and made thorough apologies for his offensive behaviour in years gone by, he has also admitted he doesn’t know how many times he has dressed in blackface.

However, a fourth incident has today been leaked, after it was revealed that Justin Trudeau was in Australia ten years ago, where he also appeared on the iconic Australian variety show Hey Hey It’s Saturday in full blackface.

The ‘Red Faces’ talent show segment of the program was criticised heavily in 2009 after several contestants, Trudeau one of them, painted their skin black for a joke in a Jackson 5 lip sync.

The skit brought strong condemnation to the performers and the programers and forced an on-air apology by the show’s host Daryl Somers.

US crooner Harry Connick Jr, who made a guest appearance on the Nine Network show, took offence to the skit and gave the performance a ‘zero’.

Trudeau is yet to give comment about his involvement in the skit, but it is believed that even his own campaign staff are starting to wonder what kind of creep does that shit more than once, even if they didn’t think it was racist. 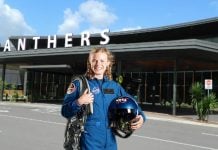