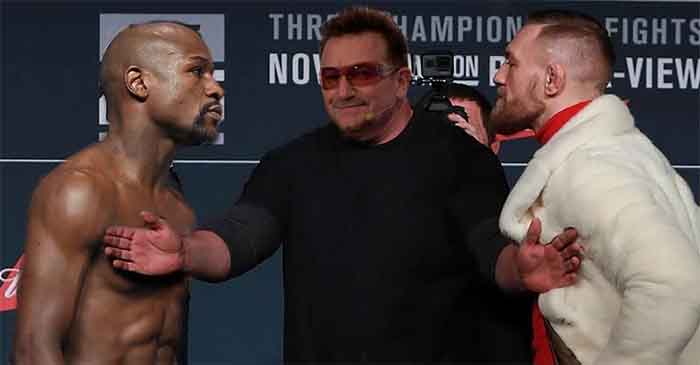 Rockstar-turned-peacemaker Bono has interrupted the Toronto press conference for the upcoming Floyd Mayweather and Connor McGregor fight to urge both parties to pursue a peaceful solution to their ongoing rivalry.

“Stop this nonsense!” yelled the 57-year-old in the key of C.

“No war! No war! Look at yourselves! Two young men caught up in all this bullshit! End this madness now peaceful like men before someone gets hurt!”

“This is not a rebel song! Love will conquer all!” he said.

The Dublin-born frontman was quickly ushered from the stage and playfully beaten by a member of  McGregor’s entourage before being limply discarded from the Budweiser Stage where it’s reported that he quickly regained consciousness.

An ambulance was called to the scene, however, it’s understood by The Advocate that Bono refused medical treatment.