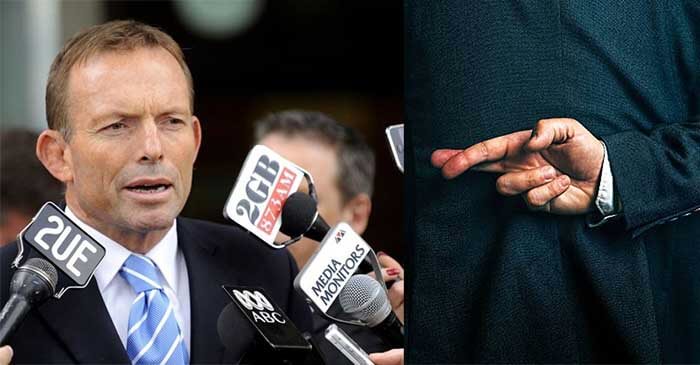 Tony Abbott fronted the media this morning and said he and his staff had ‘nothing to do’ with the Prime Minister’s speech mocking US President Donald Trump being leaked to the press.

The former Prime Minister was forced to address the allegations after Opposition leader Bill Shorten confirmed his team didn’t do the leaking, but he knew who did.

“I’m not going to spell it out for you,” said Shorten.

“Who do you think hates Malcolm Turnbull the most out of anyone in Canberra? I don’t think he’s that bad of a bloke. I’d play golf with the cunt if I knew how. But yeah, nah. It wasn’t me or my staff. I’d be looking to the Jesus brigade at the back of the room if I was Malcolm.”

Turnbull’s camp has remained tight-lipped over the apparent controversy, choosing not to address the matter at a morning press conference.

Despite a lot of head scratching from around the United States, the fallout from the ‘gaffe’ hasn’t been as severe as first thought.

US Ambassador Joe Hockey explained to his American counterparts that it was all a joke and no malice was meant by the comments.

“You know what, in hindsight, I should’ve just thrown Malcolm under the bus,” said Hockey.

“Anyway… But yeah, it was definitely Abbott’s staff who leaked that footage. You can tell by the camera angle. Trust me, I know.”