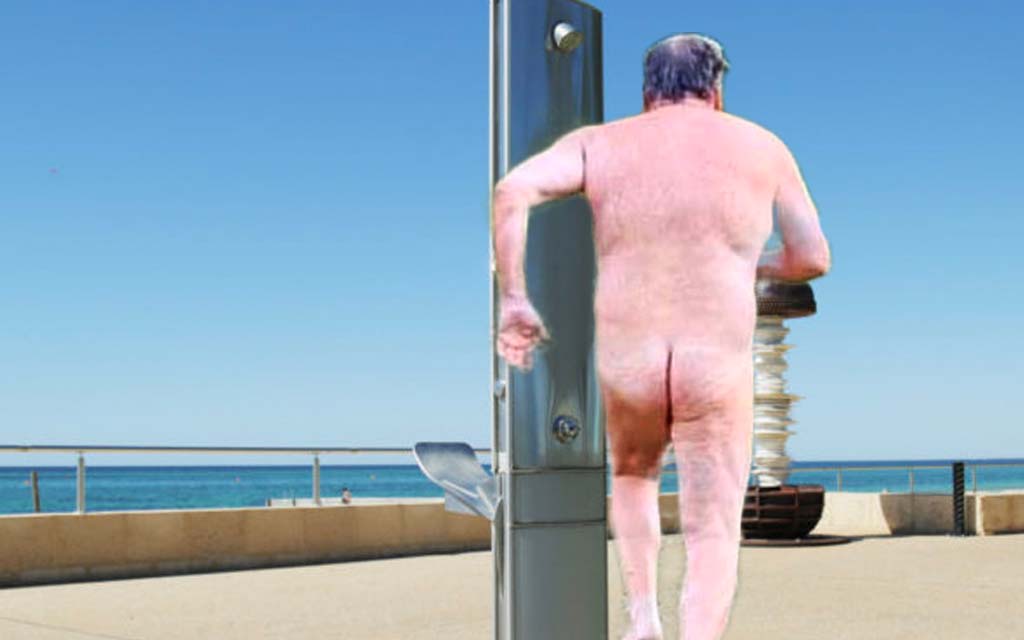 Proving they are king of the beach since ‘82, local surfie Hayden ‘Clucky’ Cunningham (54) asserted authority on the blow-ins that keep his town alive today by stripping down to the nutty at the beach showers.

The closest coastal town to Betoota as the crow flies, the South Australian beach town of Glumbucket Heads, is well known for its surf, sun and disdain for tourists that have provided most of the town with their income since the steel mill closed.

While most locals are able to live in a silent resentment of tourists, old boys like Clucky feel the need to remind blow-ins who is boss which is why the grey and granite old fella stripped down beneath the beach showers for a deep clean.

According to Clucky, this beach is where he grew up and where he calls home, which is why he is comfortable enough to free ball in full view of families and local law enforcement.

“I lost my virginity just five metres from this shower in 1980 after MiSex played a nine hour set at the Wolstone,” stated Clucky as he washed his leathery body underneath the would-be communal shower.

“I claimed it then and I’m claiming it now.”

“They have showers back at their air b&bs anyway, this shower is for locals only.”

The beach shower is just one of the latest public resources that Clucky has claimed for the town’s residents with others including the town’s bubblers, sugar in cafes and the first forty newspapers on any given day.