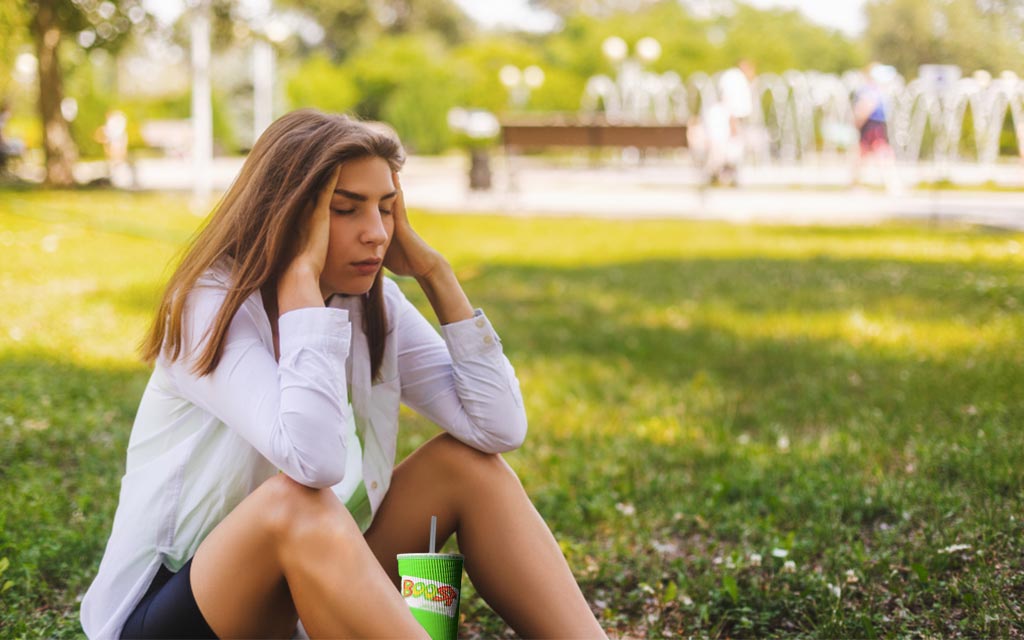 Local woman, Maggie Grace was in dire need of a detox after spending the night shooting Fireball, downing vodka red bulls, and engaging in an ill-advised Jagerbomb.

This week the Betoota Advocate was treated to an intimate sit down with the one and only Paul Kelly. He ran us through his life and times, played some classics and debuted a brand new song. Listen here:

In an effort to replenish her body with some much-needed nutrients, Maggie decided to forego the usual Berocca and instead opt for a Strawberry Squeeze from Boost Juice.

“And why does my mouth taste like cinnamon and cough syrup?”

Maggie takes a few sips from what is surely just melted strawberry ice cream mixed with apple juice, and attests that she now ‘feels a lot better.’

“Actually, I think it’s best if I cut back drinking altogether. There’s no point to it because you just feel awful the next day.”

“I need to re-think what I’m putting into my body. Like it’s obviously bad if I’m feeling this shit?”

Despite this statement, Maggie is also the type of person who religiously checks the nutritional info on all store-bought food, but thinks nothing of downing some random pingers she bought at The Met.

She does seem fairly certain, however, that her clubbing days are over.

“Yeah, nup, I’m definitely not going out ever again. I’m not 18 anymore so drinking that much has me rooted all weekend.”

“I was supposed to be doing a Yoga class this morning. Pretty sure if I did a Downward Dog right now I’d throw up.”