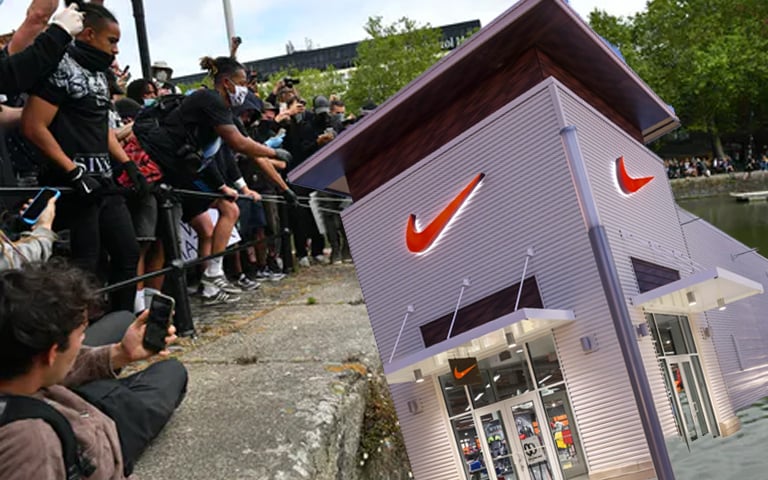 A monument paying tribute to a famous slave master has been torn down and thrown into the Betoota canals today.

Protesters used ropes to pull down the local Nike outlet in Betoota’s French Quarter, a prominent 20th Century slave trader, who has been a source of controversy in the city for many years.

Crowds cheered as the historical figure, known for exploitive child labor and 3rd-world sweatshops, sank to the bottom of the canal system in Betoota’s CBD.

However, representatives from the Nike family claim that this is unfair, especially considering the brand gave a Colin Kaepernick a job when the NFL wouldn’t, which makes them allies, not slave traders who made their fortune off the back of starving Asian people.

Nike rose to prominence in the 1990s with heaps of cool shoes and sportswear and streetwear, before it became clear maybe these products were made by people in sweatshops, many of whom were kids.

For many years, the brand has been accused of using sweatshops since the early 1970s, when it produced goods in South Korea, Mainland China, and Taiwan.

As these areas’ economies developed, workers became more productive, wages rose, and many moved on to higher paying jobs, according to Nike.

Australian Prime Minister Scott Morrison said the events in Betoota overnight was a result of ‘imported ideas’ – and that neither Australia or Nike have ever engaged in slavery – technically.