The sixteen different construction workers currently onsite at a local housing development in Betoota Heights have stood in awe this afternoon, following an unprecedented show of initiative and personal responsibility by a local electrician.

The alleged, Sean Gleeson (25), was seen at approximately 1:54PM with a broom in hand.

It is believed he was sweeping up some discarded wiring and crumbled drywall that ended up on the ground after he came back to put in a cable, one that should have already been installed before the plaster went up.

Even though he’s obviously done a pretty shonky job of keeping up with the rest of the build, the fact that he is now cleaning up after himself suggests he’s really fucked up.

In common construction folklore, the sparky that cleans up after himself is viewed as a mythical figure, who only appears when there is something to hide.

It is not yet known if Sean sweeping shit up because of all the work he’s had to come back and do, or if it’s because this entire McMansion is going to need to be rewired after ten summer storms.

When asked by sniggering colleagues if there was any particular reason why he wasn’t just leaving all of his shit on the floor for someone else to deal with, Sean responded by telling the entire worksite and get fucked. 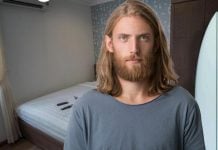 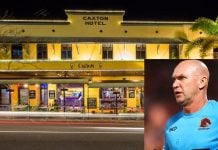