The nation’s Head of Marketing is today doing his best to try and avoid another PR nightmare.

Speaking at the opening of the National Summit on Women’s Safety, the Prime Minister has fumbled his way through an admission that we need to do better as a nation when it comes to the treatment of women.

The National Summit is a two-day event that was called in the wake of the lack of action by the government in regards to the alleged assault of Brittany Higgins, and aims to bring a range of experts, advocates, service providers and people with lived experience together to help find a way to end violence against women and children.

With a noticeable amount of eye-rolls and sighs, the man who promoted Christian Porter and ignored the Brittany Higgins scandal for as long as politically possible said the nation can no longer ignore, condone or justify gender inequality.

“It’s simply not good enough and something needs to be done,” explained the leader of the government who just ignored 49 of the 55 recommendations for the Respect at Work legislation that passed last week, and continually failed when it comes to action and policy.

Following the speech, Scotty reportedly then asked the summit’s organisers if he can bring in someone to help him understand what people are saying going forward.

“Could I possibly bring in my translator,” laughed the Bloke in Chief.

“My wife Jenny, she has a way with these things, so I think it would be great to have her in here to help translate,” explained the PM who famously explained he understood sexual assault was bad after his wife reminded him he had daughters.

One of the organisers sighed and shrugged.

A short time later, one of the organisers was then seen asking Jenny to ask Scott to look at the issue like he looks at something like terrorism.

“Scott, imagine if a woman was dying every week at the hands of a terrorist. Imagine how much money you would pour into the issue to try and help fix it?” 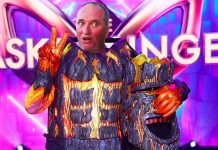 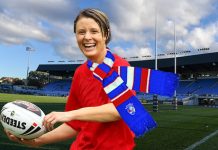 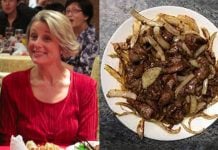 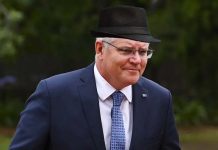