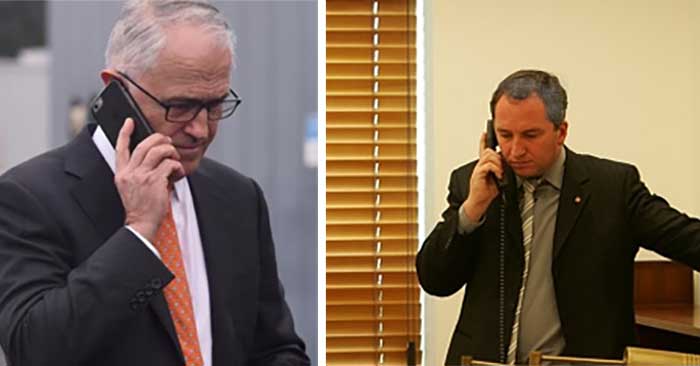 The Deputy Prime Minister phoned his Liberal counterpart this morning to offer his support after a transcript of a telephone call between Donald Trump and Malcolm Turnbull was leaked to the media overnight.

Barnaby Joyce told the Prime Minister that he should’ve told the President of the United States to go and get fucked after he bullishly disrespected him and belittled his many achievements and mistakes as the leader of our nation.

“What a mundry cunt that bloke is, you should’ve told him to go and get fucked, boori. Don’t let him push you around like that next time. Actually, next time he calls up, put me on and I’ll tell him what’s up and what’s down,”

“Oi, but yeah. Do you have his number? I’ll put it on Gumtree selling cheap concert tickets or put it up on an ad selling cheap pitbull or staffie pups in Logan. His phone will ring off the hook it will.”

It’s understood by The Advocate that each time Mr Joyce swore down the telephone line, the Prime Minister winced just a little bit and tried to interject – but Barnaby was on a roll.

“And another thing!” said Barnaby, moments before the Prime Minister hung up on him.