Disregarding the fact that nearly everyone in the country is completely disregarding anything he says, the man who found a way to lose what was dubbed an unloseable election has explained that Albo shouldn’t be in the party’s top job.

The comments come as a show of affection for the man that loyally stood by him while he took a flame thrower to the Labor party’s chances of winning government for 6, potentially 10 years.

In the wake of his appalling defeat, Shorten has decided to pipe up with the comments, rather than just keep his running program up and slide out of the limelight for the good of his party and the Australian people.

“Yeah, I made a few calls, what of it,” said Shorten to The Advocate over the phone a few moments ago.

“I don’t care if the Australian people don’t want to hear from me, or me to call the shots, I’m going to give my unwanted opinion and go back to pulling strings behind the scenes despite forgoing that right 6 years ago for an ego-driven shot at fame,” he said.

“I think ideally what we should do is cool off for a few weeks and then I’ll have another bite at the cherry. Because instead of stepping aside and allowing someone who actually connects with the Australian public a go, like maybe I should have done a few years ago, I’m going to keep pursuing my dream.”

“To become the Prime Minister.” 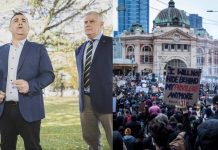 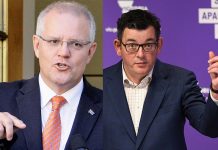