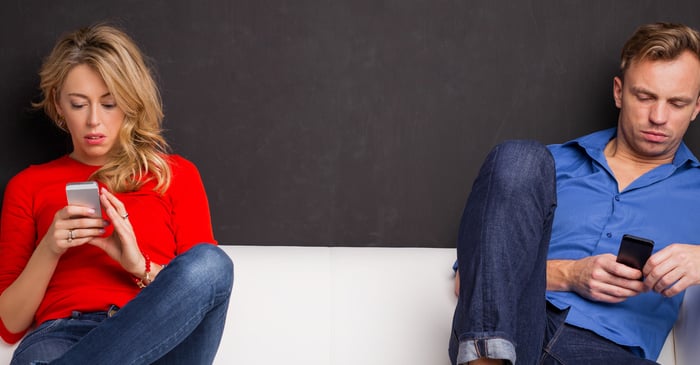 A local member of Generation-Y has today lived out exactly what her parents fear most, by communicating with her long-term boyfriend only via mobile, despite being in the same room as him.

After seeing a funny meme in her Facebook newsfeed, local coffee enthusiast Jenna Bailey (23) felt she could not continue scrolling without sharing the same joke with her boyfriend Tristian.

Despite both finding the online content worthy of a ‘like’ neither of them showed any form of facial expression that would warrant an emotional response.

Generation Y (also known as Millennials) are the demographic cohort following Generation X. There are no precise dates for when this cohort starts or ends. Demographers and researchers typically use the early 1980s as starting birth years and the mid-1990s to early 2000s as ending birth years.

This particular generation has not once experienced the frustrations that arise when trying to learn how to use a form of technology that has long surpassed their level of digital literacy, and therefore are able to communicate in ways that make older people angry and confused.

Jenna’s mother, who in two years has been unable to make a Facetime phone call without partially covering the front-facing camera with her index finger, says these kids are all doomed.