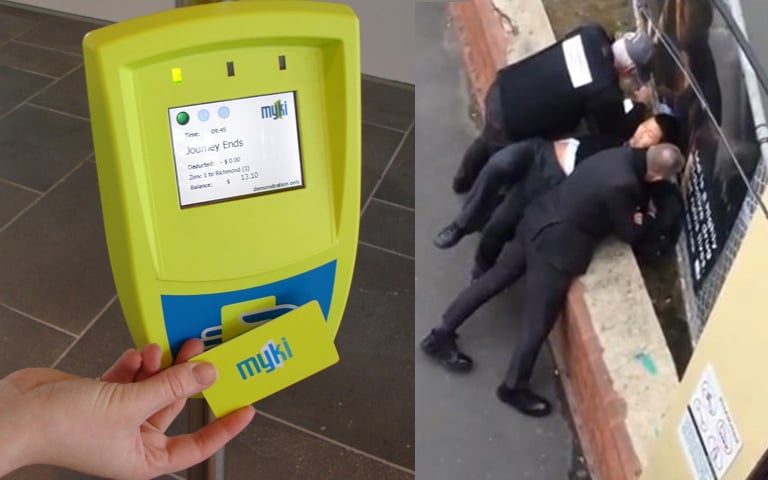 This means that stalkers and hackers now have access to a wealth of information about card users in Melbourne, a creepy cold-weather city where you’d likely find someone interested in using that information to cause harm.

The data detailed the routines gathered from more than 15 million cards, recording 1.8 million “taps on” and “taps off” between July 2015 and June 2018.

This weird turn of events probably wouldn’t have made the light of day if it had not also been revealed that Victorian Labor MP Anthony Carbines was able to be identified and have his travel history uncovered.

It’s not a good look for the Victorian department of transport, and has resulted in many nervous adulterers and petty felons who thought using public transport would be the ideal way to get from A to B.

This shocking revelation means Victorian commuters are now being forced to choose between using the fully automated citywide public transport payment system, or facing the wrath of the notorious not-gentle rail and tram ticket inspectors.

We spoke to some commuters, at a train station in an outskirts suburb that doesn’t have an AFL team so no one knows about it, earlier.

“Today I’ve decided to roll the dice with a data breach and use my myki card” said one passenger, Colin Wood.

“Only because I forgot my mouthguard”