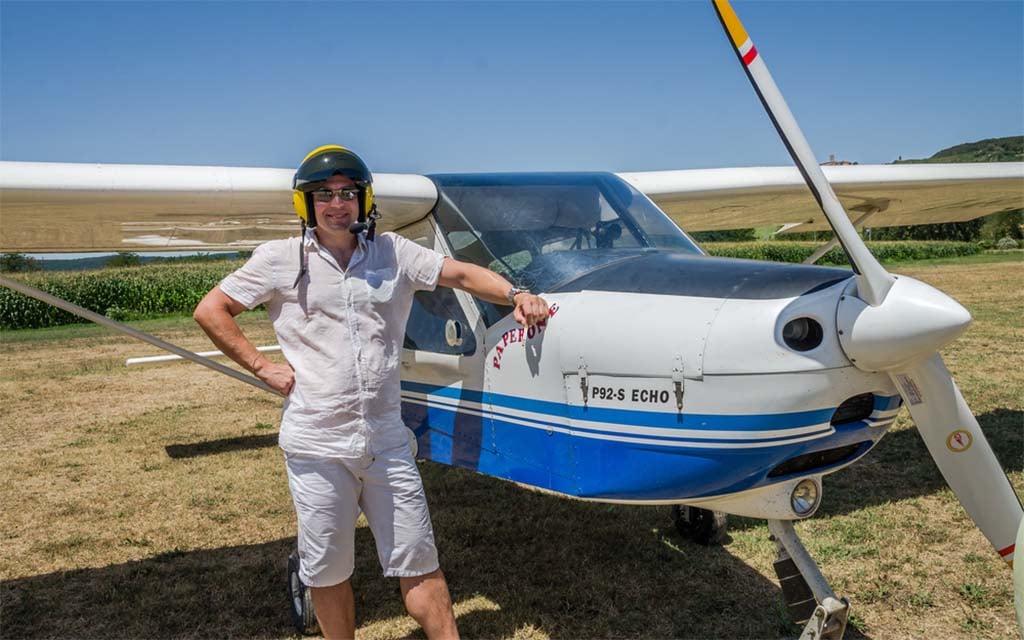 Just days after getting is recreational pilot licence [RPL], a local grazier started to offer to take his mates up for a joy flight.

But Otto Granger revealed this morning that hasn’t got any bites on the offer.

The 28-year-old wool and grain producer from our town’s fertile Diamantina River plain to the north said he’s put over 28 hard hours on the Tecnam P92-S Echo down at Remienko Aerodrome.

His instructors at Bored Surgeon Aviation have signed off on the three take-offs and landings he needed to perform in order to take passengers.

Still, nobody wants to go for a ride.

“I dunno, thought it’d be a bit of fun. Fuck me, right?” he asked our reporter.

The Advocate spoke briefly to Otto after politely declining his offer to take him for a sky-high lap around town.

“After I got my RPL, I was proud as hell. I’ve worked hard for it. I shared the news to my group chat with the boys from school and the other one I have with the blokes in town and yeah. They all congratulated me and said I’d done good. But when I offered to take them up for a spin, nothing!”

Our reporter spoke to one of Otto’s mates in town, who said he’d sooner throw his limp-wristed-brother-in-law the keys to his Hayabusa than go for a joy flight with Otto.

“He’s a good mate and I love him but he shouldn’t be allowed to take a plane up by himself. He’s a fucking unit, mate,” he said.

“It’s just not safe. I mean, I’ve got a brother-in-law who plays soccer, refuses to eat sandwiches from a service station and cried at the end of Crazy Rich Asians. You know the type of bloke. He’d be safer riding my Hayabusa, mate. World’s fastest production bike,”

“Safer than I’d be in a little rented death trap with fucking Otto Granger. Honest to God, my brother-in-law would fucking die on that thing. He’d barely make it out of third gear before his organs would be in someone else.”