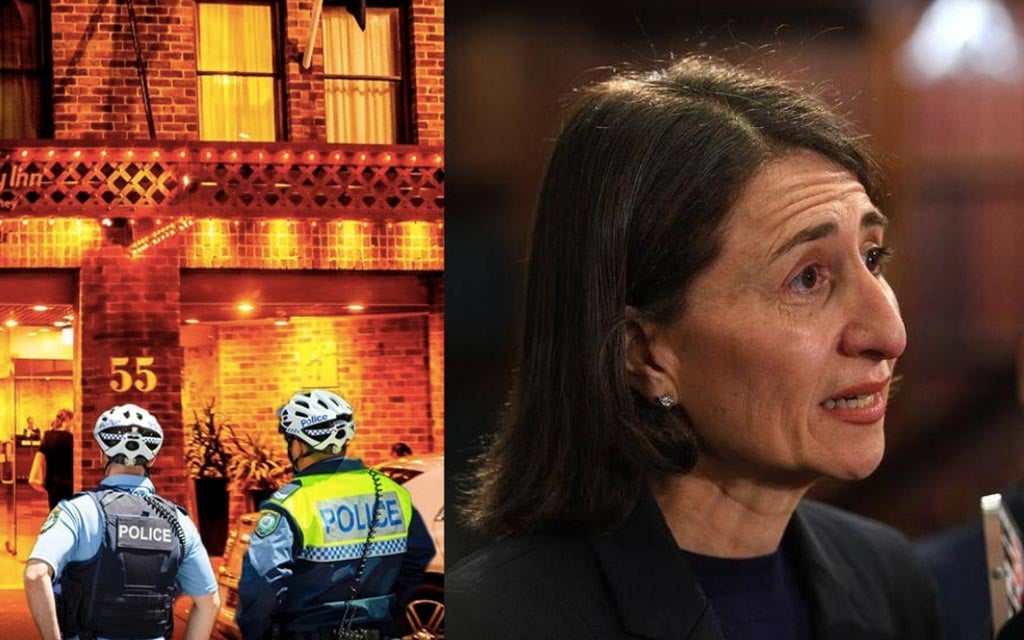 After shocking the young people of NSW who live in Sydney, Wollongong and Newcastle and managing to win the state election this weekend, Gladys Berejilkian had her celebrations cut short last night.

Following the phone call from Michael Daley conceding defeat, and more importantly Anthony Green making a call from his election screen on the TV, Gladys Berejiklian was set to give her victory speech to an eager crowd of weird young Liberals, construction company big wigs and boomers whose property portfolio’s rely on her re-election.

However, before she could take to the stage, in a somewhat ironic twist of fate, Gladys was asked to leave the premises as the venue had to shut down due to the states Soviet regime style lockout laws.

Falling victim to the Hillsong Sharia she helped orchestrate under esteemed banking executive Mike Baird, Gladys was forced to desperately find a taxi as Uber prices were surging harder than a rampaging Jason Taumalolo after receiving a kickoff.

Despite reportedly wanting to go all out and celebrate with a shandy, Berejiklian was forced somehow find a way home to celebrate with close family and friends.

The venue hosting the official Liberal faction told The Advocate that rules are rules, (unless you are the Casino of course, which they weren’t) and Berejiklian and her team had to go.

“We were clocking nearly a 100 decibels there, and had already had 9 noise complaints because gutless councils can’t just tell these boomers who live in the inner city to get fucked and move to suburbia if they want a quiet mundane life.”

“And we had to move quick smart because a couple of police rocked up, who’d obviously finished moving the nearby homeless people on because they don’t have any real work to do anymore as all the crime in this state is white collar and way above their pay grade.”

The Advocate contacted Berejiklian for comment and received a short reply.

“I knew we should have just had the function at the Casino,” she said.

“But the only problem is we wouldn’t have got any headlines, because nothing gets reported there.”