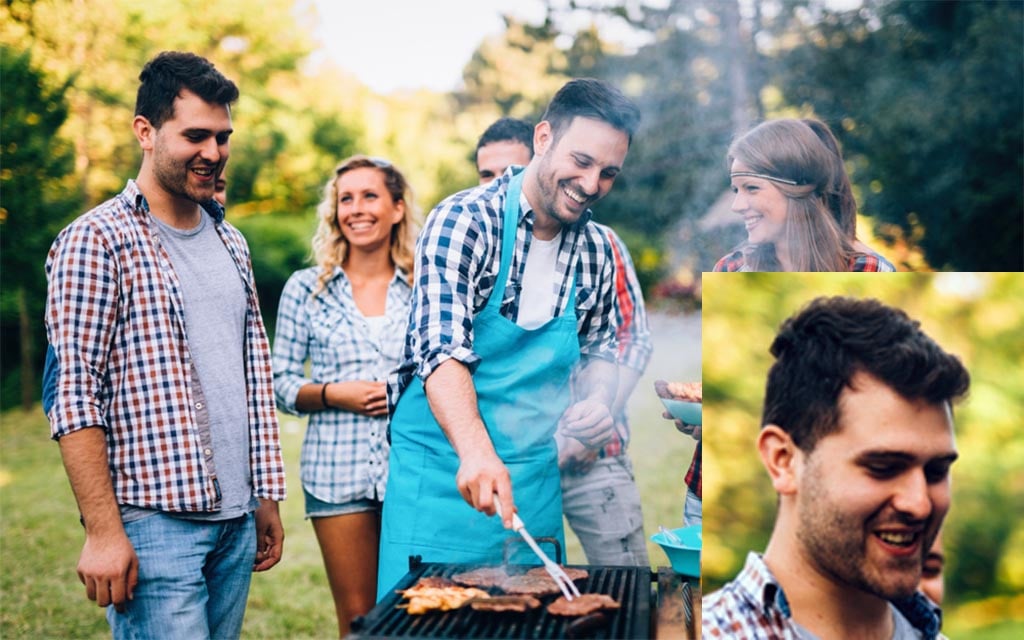 A French Quarter homme who gets forced to go places by the people who care about him has opened his fourth conversation today with the same seemingly obvious observation.

Our reporter nodded – as it is the first of December – and because some stupid fucking idiot decided to build the city we live in here on the fringe of the Simpson Desert, it’s quite hot today.

“The reckon a change will come through later on.”

This masthead asked Mr Stephen how they knew Jenna.

He said he didn’t.

“She’s work friends with my missus, she’s the one over there in the white shirt.”

Peter used his head to point in the direction of Clara Overell, the first wife of The Advocate’s editor, Clancy Overell.

Clara kept her married name because she found it helped with getting tables at resturants and having the police wave her through Saturday afternoon RBTs.

Our reporter nodded again and decided to go and talk to someone else.

Just as they went to excuse themselves from the conversation with Peter, Clara caught our reporter’s eye.

“You tell that rat piece of shit Clancy that I’m coming for him,” she yelled, in front of everyone.

“And his stupid newspaper.”