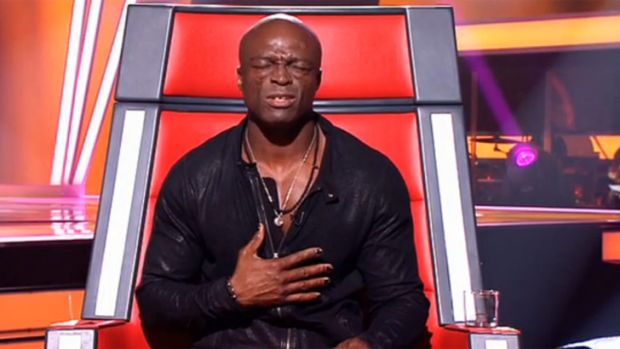 While he doesn’t look anything like her husband, a mum says British pop singer Seal is an absolute heart-throb.

Seal Henry Olusegun Olumide Adeola Samuel (54), is an English singer and songwriter. He has sold more than 20 million records worldwide and is known for his international hits, including “Kiss from a Rose”, which appeared on the soundtrack to the 1995 film Batman Forever.

Most recently Seal has applied his trade as a judge on the Channel 9 musical talent show, The Voice, where he plays the emotionally sensitive but macho voice of reason.

With Ricky Martin no longer on the show, mum does not have to worry herself about how dishy he would be if he was straight and she was twenty years younger.

“What a dream boat”

“He makes [her husband] look like a kicked in biccie tin”

Without hesitation, the non-televised man in Mum’s wife responds.

“That’ll fucking do me” says the old boy.