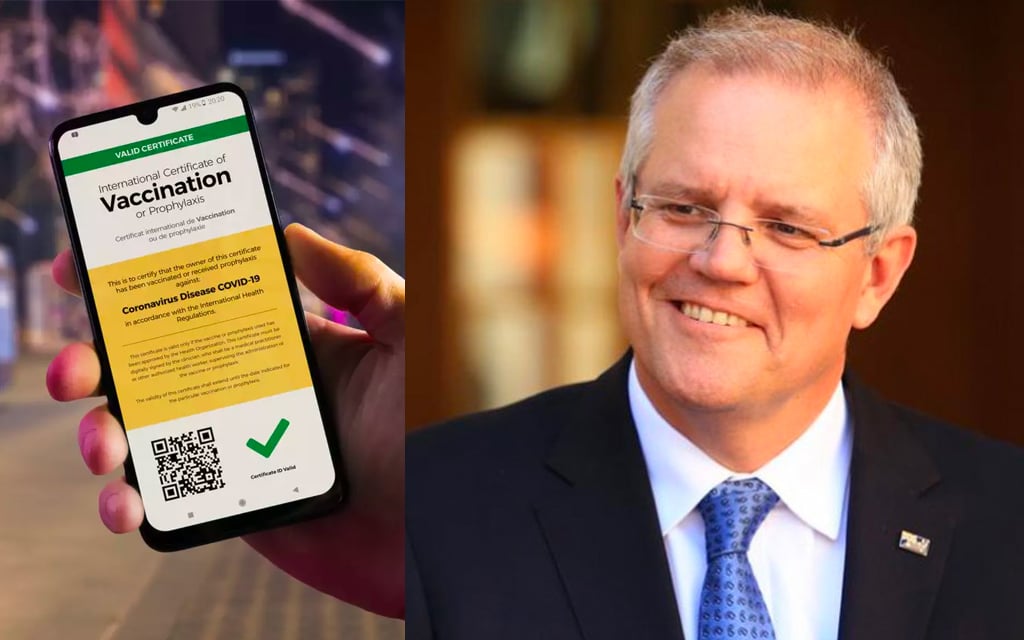 After being the early adopter of a jab his own citizens still have trouble accessing, part-time Prime Minister Scott Morrison has bravely put his hand up once again and volunteered to trial the innoculation passport.

In the same vein as Russian empress Catherine the Great, who chose to be inoculated against smallpox to inspire her citizens to follow suit, Scotty has decided he will bite the travel bullet and be the first Aussie to use a jab passport to travel overseas to maybe, I dunno, Hawaii or somewhere nice.

Despite there being obvious complications between the coalition government and anything involving technology, Scotty states he is willing to get potentially stuck overseas, especially if his hotel is right down the road from the Honolulu Hardrock Cafe.

“I’m sure there are lots of daredevils who would volunteer for this dangerous task but the most daring devil is me which is why I alone, plus Jenny and the girls, will grasp the international travel sword and see if our jab code can take us to…I dunno, maybe Hawaii?” stated the PM to a bathroom mirror, holding several hairbrushes as if they were microphones.

“I mean, that’s just the first place that came into my head, doesn’t have to be Hawaii but it should be, it will be, fine, I’ll say it; Hawaii it is.”

The leaked news has come as a shock to approximately five Australians in total, two of which appeared in a photo of Scott Morrison doing shakas on a beach in Hawaii as 186,000 square km of Australia burned.