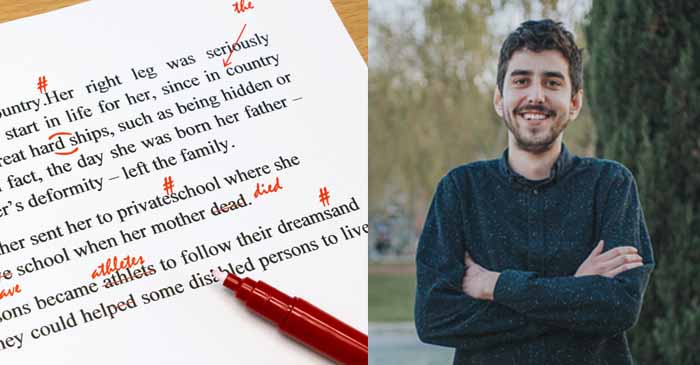 A startling new report into the declining newspaper industry has concluded that nearly every one of the nation’s sixteen subeditors not only speaks English as a second language, but is in the country on a controversial 457 visa.

The report, commissioned by The Walkeley Foundation, was in response to the latest figures coming out of the fledgeling journalism trade that suggest that spelling and grammatical errors in online and print news are at an all-time high.

“No wonder people aren’t consuming news like they used to. You can barely get through it without pulling your hair out over the simple spelling mistakes and shocking punctuation. Something needs to be done.”

The news has made it’s way all the way to the top as industry delegates lobby Malcolm Turnbull, the Prime Minister, to remove subediting from the skills shortage list.

Communications and Media lobbyist Patrick Wackmanamee has said that while there is a skills shortage in subediting, it can’t be plugged by somebody who doesn’t speak English fluently or at least speaks it as a first language.

“We need to be looking within Australia for our subeditors, not overseas,” he said.

“I’m doing my best to make sure we secure jobs here. There’s plenty of unemployment and not enough opportunity for Australians to succeed. We all need to to our bit.”

Mr Wackmanamee reportedly changed his tune when it was outlined to him that other nations speak English also – and perhaps we could import subeditors from countries such as them.

EDIT: The Advocate stands by our choice to look abroad to fill our many complex and niche positions. In particular, our Latvian subeditor Jevgeņijs Eižens. His tireless subediting has been a pillar of this organisation for a number of years and may he continue to be long into the future.