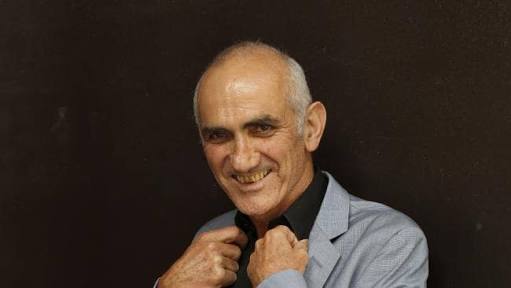 A recent report by ARIA had found that Paul Kelly has never been younger than 50 years old, with generations of Australians only able to remember him as a gentle patriarchal lyricist approaching senior life.

The iconic singer-songwriter and pioneer of  Ausploitation storytelling has always been in his 50s, even while those around him aged in accordance with normal human science.

Ontop of being roughly the same age for his whole career, the study finds that “black Irish” is probably the closest thing we’ll get to explain Kelly’s racial ambiguity.

“He looks like Carl Barron, but he also looks like Ben Kingsley. Most blackfellas just assumed he was one of them, but everyone claims him too. Even the Italians” says his distant cousin, conservative Murdoch columnist, Paul Kelly.

“He’s a fifty something of Adelaide appearance”

“His age is much harder to explain”

The report has found that even his stories about being a young kid appear to be retold in hindsight by a 50-something, leading researchers to believe he was born 50 and didn’t age much since then.

“He has always been bald and greying, since I can remember” says nephew Dan Kelly.

“He doesn’t age. But he’s never been young either”

It is believed Kelly’s clock defying ability to remain in his mid-fifties for the last 30 years comes from the fact that his lyrics have always made him sound like someone’s dad, even when he was an allegedly “young” man.

Fellow southern guitar musician, Dan Sultan, added weight to the theory, stating that Paul Kelly was exactly 54 when he met him 15 years ago – and was still  54 when they caught up last week.