NSW Premier Gladys Berejiklian and her Liberal Party Pippen Andrew Constance MP have today quashed any rumours that their coalition with the Nationals is on the rocks.

This follows the allegations that yet another melee has broken out within the government on Friday after it was revealed Nationals leader John Barilaro will lose his licence after receiving several fines for driving offences.

Deputy Premier Barilaro’s office have suggested these new media revelations could have come from a data breach within a government agency.

However, Transport Minister Mr Constance said he and his department had not been briefed on Mr Barilaro’s driving offences, and do not necessarily care too much about whether The Deputy Premier is stuck in Queanbeyan or not.

He has also insisted anyone making anonymous suggestions of data breaches should go to police, not the media, because leaking information about potential leaks of information isn’t good for anyone.

This newest scuffle comes a month after the Nationals leader threaten to destabilise the coalition in the middle of a global pandemic, after the Liberal refused to endorse a bill that would allow property developers to cut down heaps of trees with koalas in them.

However, Berejiklian has again hosed down suggestions that there is a hostile geographic divide between her mostly small L liberal cabinet of moderate Liberals, and the agricultural and mining adovcates in the Nationals.

“Let me reiterate” she said.

“Despite the suggestions made by the countless anonymous staffers in both parties who keep leaking shit to the Sydney Morning Herald… We are all good on Macquarie street.”

Constance backed up the NSW Premier’s comments, before stating that disagreements that arose over the koala bill has only made the coalition between the two parties stronger.

“Things haven’t been better” he said.

“… everyone has been getting on really well”

“This coalition is a broad-church, so it’s actually really healthy that we can have these kinds of destructive threats thrown around Parliament between cabinet ministers” 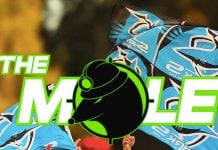 Report: NRL Mole Definitely Should Have Said Something About The Peptides