After two months in iso, local dad Kel McCaffertey (54) has really been getting to know the endless online archives of the family TV and film streaming services that he never realised he was paying for.

With a long list of recommendations he will not be following up from his mates with questionable taste, Kel has been researching himself for a good show to get stuck into.

As all the shows his kids suggest are shithouse crime docos, Kel is yet to find something that really tickles him as much as the pinnacle of TV viewing, which he believes to be the Kylie Minogue-era of ‘Neighbours’.

However, as a moderate sports enthusiast and someone who truly believes that the 1990s were as good as human society will ever get, all this talk of the new Michael Jordan documentary has peaked his interest.

So much so that he’s peeled off this afternoon to watch it.

However, half an hour through the iconic American teen dance film “Save The Last Dance” – Kel is a little bit confused.

Released in 2001, ‘Save The Last Dance’ stars Julia Stiles and Sean Patrick Thomas as a teenage Romeo and Juliet in urban Chicago and follows their troublesome interracial relationship in the backdrop of poverty and crime in Chicago’s South Side.

While Kel was actually meant to be watching the new Netflix documentary series ‘The Last Dance’ – the fact that both productions are set in the Chicago at the turn of millenium makes it even more confusing.

“Wait a second” he said.

“Is that black kid meant to be a young Dennis Rodman or something?” he says.

However, at the 3 quarter mark, Kel is almost certain he has put on the wrong flick, but perseveres with the remainder of the film because he wants to know if Sara’s audition at the elite dance college was succesful. 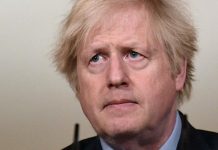 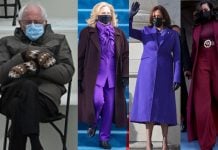