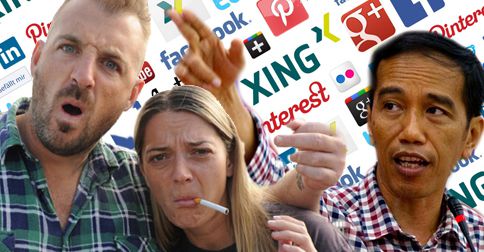 A PREDICTABLY LARGE amount of mouth-breathing Australians have declared that “they’re never going back to Bali” after the executions of two convicted Australian drug mules was carried out overnight.

The tiny island has unfortunately “bore the brunt” of much of the hatred shown toward the Indonesia judicial system, with many racist and insensitive hashtags emerging overnight.

Many Australians do not understand that Bali is only a tiny parcel of Indonesia. SOURCE: GoogleMaps

Andrew Chan and Myuran Sukumaran were shot dead by a firing squad at 3.25am AEST for trying to smuggle 8.2kg of heroin in to Australia from Bali in 2005.

After having multiple appeals turned down, the pair were given 72 hours notice on Anzac Day that they would be killed sometime in the coming days.

News of their deaths overnight has sparked outrage among Australia’s least informed people, who have used their social media accounts to share their opinion with the world.

In a strange twist of fate, most of the people now condemning the Indonesia government were once supporting them.

Upon being found guilty of importing the banned drug in to Bali, sympathy for “The Bali 9” was at an all time low. Australians had just endured the circus that was Schapelle Corby and the debate over her obvious guilt.

However, big names began drawing attention to the plight of these death row inmates and the tide of change was set in motion. Overnight their past was forgotten. One was a skilled artist, the other a born again Christian. They’d been rehabilitated.

People started to see them as human beings, not just convicted criminals.

Sadly, rather than the lack of empathy and hatred atrophying, it shift towards the Indonesian regime that was imprisoning these men.

This morning, many misinformed Australians begun spreading hatred towards a people – a culture. Rather than directing their efforts constructively towards change.

Here are some shocking examples: