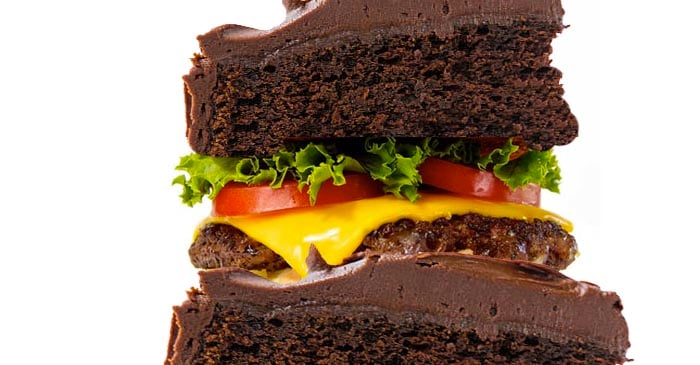 One of Betoota’s most prominent hipster cafes in the town’s French Quarter has today revealed the rising trend of replacing the once-cool Brioche style burger buns with cake or croissants.

The low-sugar alternative has been a hit with ‘foodie’ youth who will essentially eat anything they are told to eat by online pop culture publishers.

Local hipster chef, Aquila Diamonte (38) says the moment people started eating brioche with red meat, he knew he could get away with anything.

Aquila says now that supposedly health conscious Australians are in the habit of eating French pastries with their burgers, the move towards chocolate and carrot cake was a no brainer.

“Why not? The icing is the only difference – and that’s still not as sugar-heavy as your run off the mill ‘hot sauce’ – I don’t think anyone cares about the difference between dessert and dinner anymore”

Other new food trends that we didn’t think needed to be warranted with a place on a menu is the new “smashed egg” – which is essentially boiled egg on sourdough, but with pepper.

“The word ‘Smashed’ is a keeper” he said.