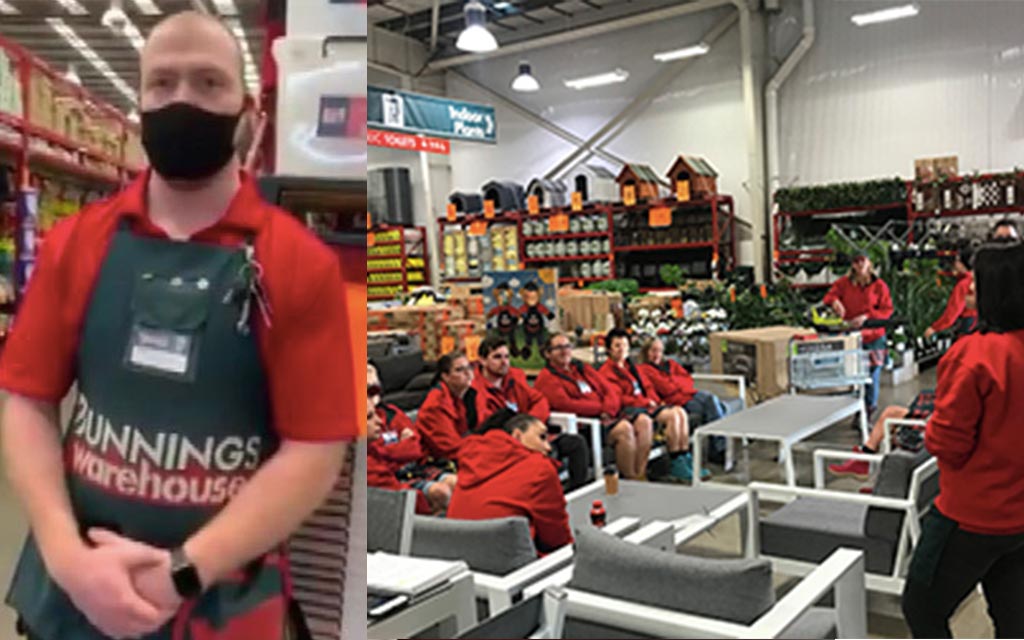 In a real sign of the times, the large retailer Bunnings Warehouse is this week updating its training module to include a detailed section on ‘1948 Charter Of Human Rights.’

The new implementation of the complicated legal module follows the recent arguments with the Melbourne Karens about various ‘points of law.’

The first and most notable Karen said (amongst a whole raft of other horseshit), that the Bunnings staff were ‘in breach of the 1948 charter of human rights to discriminate against men and women.’

The walking Facebook status then continued to rant about numerous other things, causing the store managers to feel incredibly out of their depth on human rights and constitutional law.

So, as a result, the large chain are now training all current staff and inducting future staff through complicated legal modules to ensure they are able to go toe to toe with these bored middle-aged white women.

“We are going to start off with some basic legal principles, before a bit of torts and commercial law, before moving onto the big stuff,” explained Bunnings Managing Director Zac Simpson.

“So hopefully by the end of it they’ll be able to differentiate between the 1948 Universal Declaration Of Human Rights and Victoria’s Charter of Human Rights And Responsibilities, so they don’t mix them up when they are trying to lawyer people.”

“The module will be able to completed in the training room in roughly 6-12 months, or by joining a few conspiracy groups on Facebook.”