IN A STUDY COMMISSIONED BY the Office of Liquor and Gaming, a direct correlation was found between excessive alcohol consumption and knowing more about Irish fighter Conor McGregor.

After consuming more than 5 but less than 17 standard drinks, the average person is able to construct a well-balanced and informed argument as to why the 27-year-old is going to win this afternoon’s bout against Eddie Alvarez.

Glen Galloway arrived at the Betoota Hotel two hours ago and is currently nursing his 11th schooner of heavy.

“Mate the cunt has it in the bag,” remarked Galloway.

The cunt that the local contract fencer is referring to is McGregor – a man he didn’t even know about until late last year when he became the featherweight champion, flogging Jose Aldo in Las Vegas.

“You know he’s the only European male to win a UFC Championship by beating the champion?” said Glen.

“Mate, Diaz was taller and has more reach, but he’s slower than a Kim Beazley chin up,”

“But if Alvarez takes him to the canvas, McGregor’s fucked mate.”

One researcher has dubbed this social phenomenon the UFC effect, whereby normal well-to-do people get so absorbed and invested in a fight, that they feel the need to learn as many statistics and facts as they can in order to parrot them out to friends at the pub.

Constructing an argument based on statistics that you don’t understand is a recipe for disaster, writes lead researcher Wendy Chandler.

“It makes you look like an idiot,” she wrote.

“If you get blind at the pub and start talking about Conor McGregor’s past record and what have you, just stop. You’re embarrassing yourself. You don’t know what you’re talking about. You might as well be bullshitting on about Olympic trampolining,”

“The only saving grace you might have is that everybody you talk to is already too drunk to listen.”

The main card is scheduled to begin at 2pm AEDT, with early preliminaries starting at 10:30am. 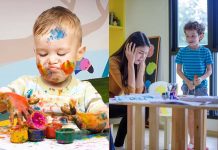