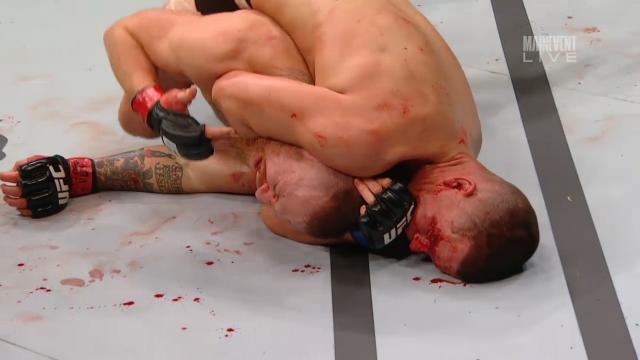 An popular Irish athlete’s entire career is in jeopardy after it was revealed to millions of international audiences that he is not fond of losing consciousness through physical combat.

After roughly seven minutes of bloody, physical combat with an American opponent – the Irishman (27) was heavily inconvenienced by the fact he was no longer standing on his feet.

The American (30) proceeded to violently punch the Irishman’s head, while also ignoring the profuse bleeding from a laceration on his own face.

After several hammer punches to the temple of his Irish opponent, the American held his bicep close to the Irishman’s throat and squeezed until he had created an obstruction to the European’s wind pipes.

In front of hundreds of live audience members, and millions of television viewers, the Irishman shocked everyone when he decided to ask the American to please stop doing what he was doing.

The combat ended shortly after that.