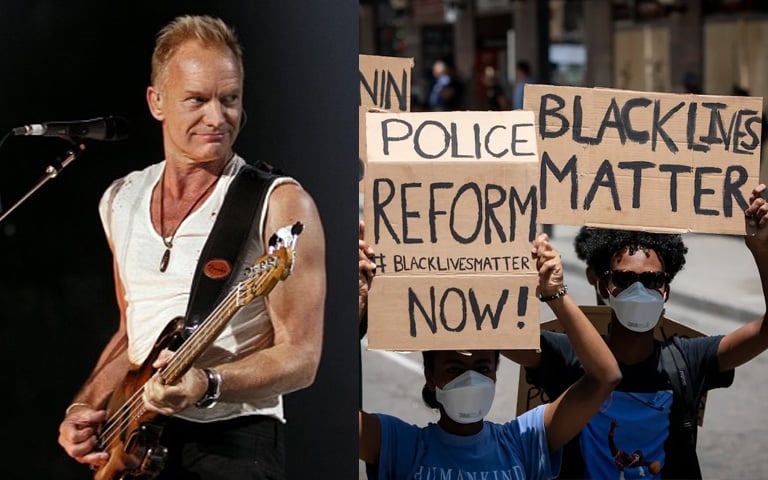 Iconic British rock group The Police have announced a reunion tour after misinterpreting the recent calls for the reform of various police forces around the world in the wake of the death of George Floyd.

The Police, formed in London in 1977, remain one of the most successful rock groups of all time releasing such notable hits as Roxanne, Every Breath You Take, Don’t Stand So Close To Me, and Message In A Bottle.

The Police split in 1983 after lead singer Sting decided to pursue a solo career, although they briefly reformed for a reunion tour in 2007 that grossed over $360m.

Experts believe that records from The Police account for over 20% of your parents’ vinyl collection, with the remainder consisting primarily of Billy Joel, Skyhooks, Bon Jovi, John Farnham, and Happenin’ Hits 1972.

“They want The Police to reform? They got it! We’re reforming baby!” said an enthusiastic Sting, pulling the tarp off a tour bus with flat tyres.

When informed of the news that The Police would be reforming, protesters were enthusiastically supportive.

“The police need to be reformed! We are not prepared to be treated like this!” shouted an angry music fan at a recent protest in Perth. When asked whether he thought The Police should head in a new direction or focus on their classic hits, the answer was very clear. “Police brutality has got to end! You need to engage with the community and support underprivileged youth”, he said, in a clear reference to some sort of benefit concert.

When asked whether he would consider flying out to Perth for a benefit gig with fellow band members Guitarist Andy Summers, Drummer Stewart Copeland, and if there were any spare seats, Guitarist Henry Padovani, Sting agreed, after being shown where Perth was on a map of Australia.

“Sounds great, as long as we can get the tour bus in. Do you know anyone who will rego this without looking at it too closely?” I’ll buy him a slab. I mean, the tyres are good, but they’re not ‘good’ good, you know?”