A recent report by the Australian Bureau Of Meteorology has found that they aren’t too fussed by hail unless it breaches the universal benchmark of what constitutes a big hail stone. Which is golf-ball-sized.

This reminder comes after the Australian Capital Territory was hit by a massive hailstorm, with huge hail stones raining down on Canberra and it’s surrounds.

Parts of NSW and Sydney are also forecast to potentially be affected by severe hailstorms this afternoon.

According to a spokesperson from the BOM, as the most common form of solid precipitation in Australia, hail is distinct from ice pellets (or “sleet” in America), though the two are often confused.

“Hail consists of balls or irregular lumps of ice, each of which is called a hailstone. Ice pellets fall generally in cold weather while hail growth is greatly inhibited during cold surface temperatures.” they said.

“However, it is not worth talking about unless it is golf-ball-sized. The other shit melts really quickly… The golf ball sized hail is a real benchmark when it comes to ice falling from the sky”

“That’s when the media takes notice, that’s what gets the people talking. That’s the real hail”

It is not known why ping pong ball sized hail stones are not given the same coverage or treated with the same caution, especially when considering that it has been proven that all you need is a spray of fishing sinker-sized hail stones to fuck up your car. 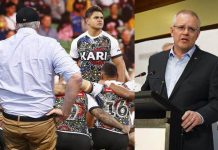 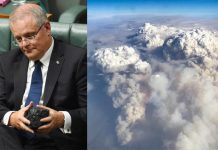