A second-year-plumbing apprentice who is on the same wages his dad was 18-years-ago, says he’s not really that interested in this weekend’s election.

Despite the fact that in two years on the job, Codey has already injured himself to the point where he has had to miss work unpaid, he’s still not overly interested in who wins this weekend.

“I’m gonna vote for Clive [haha]” says Cozza, who still lives at home because it’s easier to pay mum board than it is to actually find six mates to join him on the lease of a sharehouse in a manipulated rental market.

When pushed further, Corey can’t seem identify any reasons outside of Clive being a funny “and fat” as to why he is deciding to vote for a fringe politician with almost no social policies and a track record of not paying his own workers.

The 18-year-old Betoota Heights resident, who will never own and a home and will likely be paying for his own TAFE subjects by the end of his apprenticeship, points out that no one else is speaking to him.

“They are all losers” he says, as he breaks up bits of asbestos and helps the illegal cash-in-hand migrant labourers throw it into the skip bin, completely unmasked.

“ScoMo gave himself a nickname and supports the sharks. What a fucken loser” 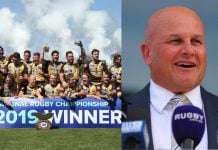 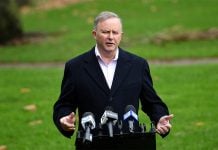