A local University student who describes himself as a “total communist” has reportedly found an absolute ripper of a deal on a t-shirt with the face of Communist revolutionary, Che Guevara, at a small market in the 3rd world country he’s currently visiting to ‘find himself’ in.

Max LePont, 22, has spent the last month and a half travelling across South-East Asia, hoping to be inspired by his fellow communists while also satisfying his life-long passion for branded clothing.

“Honestly, it’s so amazing being in a true communist utopia”, said Mr. LePoint, upon returning from Cambodia. “Not only am I getting to learn about famous socialists who shaped the 20th century by taking a stand against rampant capitalism, they’ve got incredibly cool merch that you can buy really cheap!”

Mr. LePont’s latest, and perhaps greatest, find is a green t-shirt bearing the embossed head of infamous Argentinian Marxist and revolutionary, Che Guevara. Che Guevara was a man known for his almost fanatical hatred of the global capitalist order, a fact which Mr. LePont believes is perfectly encapsulated by this $3 t-shirt he found at a street stall in Phnom Phen.

“It really captures the essence of Che. I mean, just look at it. The windswept hair with the beret. That wry smile. Everything about him just screams ‘we need to seize the means of production!’”

Mr. LePont is hopeful that this prized find is not the last treasure he discovers in his travels.

“I mean, there’s so much I’ve seen already! There’s this really cool calendar where all the months are October, to celebrate the October Revolution of 1917. You can buy a bunch of pre-cooked frozen microwave meals to commemorate the Great Chinese Famine of 1959. Hell, there’s even a cross with Jesus on it – although that one feels like they’re taking the piss a bit” 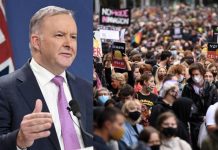 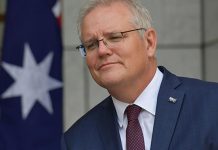