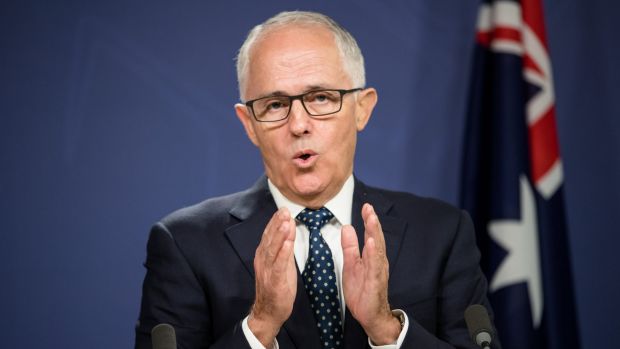 Malcolm Turnbull has fronted the Australian media today to explain the newest hurdle towards building the controversail Adani mine in the Queensland Galilee Basin.

“I just want everyone to know, that the 1500 jobs I was hoping to use a leverage to keep Abbott out the top job has met some obstacles” he said this morning.

“Through no fault of mine, or my few remaining ministers who want to listen to me, the investors in this mine have pulled the pin”

Turnbull said that Westpac has effectively ruled out financing Indian-owned Adani Group’s giant coal mine in  under a new climate change policy – after weighing up the pros and cons of being directly responsible for destroying the Great Barrier Reef and Artesian water basin in one short-lived fossil fuel extraction project.

The decision has resulted in snide remarks from several Federal MPs, with Resources Minister Matt Canavan describing Westpac as a pack of “wimps”.

“Corporations are wimps these days in standing up up these pot-smoking coral-huggers” Senator Canavan told a press conference shortly after Westpac released its policy..

“It is disappointing Westpac has made this decision without consultation with the people of northern Queensland – who don’t really know what is going on and keep getting promised the world by a rapidly rotating stream of Prime Ministerships and tax-avoiding fossil fuel companies.

Prime Minister Malcolm Turnbull says he agrees with Caravan’s comments and began making chicken noises during his address on Facebook live this morning.

“Buk buk bigurk” he said, to suggest that CEO of Westpac is too chicken to fuck around with the environment.

“[Brian] Hartzer is such a pussy”

“And as we all know, the surest sign of progress is giant plumes of smoke going into the air and heating up the planet”