President of the Terimungle Netball Club June Wilson has already earmarked the spot for the club’s new state of the art Hyperbaric Chamber.

The lifelong volunteer for the regional club known affectionately as the Mongrels, said she can’t wait to get her hands on the funds that she says will be a gamechanger for the long-time battlers.

“Like most regional sporting clubs, we run off the sniff of an oily rag and a mountain of work from unpaid volunteers who put in countless hours,” she said.

“But, someone reminded me that we are in a marginal Labor seat, so that’s all about to change,” said the excited club stalwart.

This comes after former Sports Minister and current Deputy Leader of the Nationals Bridget Mckenzie admitted to blatantly abusing the system to grant funds to sporting clubs in seats that the coalition wanted to win, rather than to clubs of need as recommended by Sports Australia.

The Senator who is unashamed and unapologetic for the clear and obvious pork-barrelling which while legal seems like a grave abuse of power and completely unethical, is facing calls to resign.

Coming from noted lefties like Pauline Hanson, Mckenzie has assured the nation’s rural club volunteers that she won’t be going anywhere.

“Even though I’m not the Sports Minister anymore, I’ve handed on my modus operandi to the next guy up, and he’ll sort out the bribes for any marginal electorates,” she said today.

“Because government funding shouldn’t be for those in need, for those people who’ve dedicated their lives to making other peoples lives and their communities better,”

“It should be to feather my own nest and ensure that a few wealthy public servants who’ll take plumb consulting jobs rorting the system after they retire on a parliamentary pension keep their cushy jobs for a little bit longer,” Mckenzie said.

While she doesn’t agree, Mongrels president June says she can’t help but take advantage of the money on offer.

“Look, maybe we don’t need a Hyperbaric chamber, but they are going to throw so much money at us to buy this seat that we may as well make use of it,” she said. 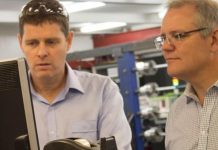 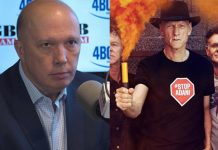 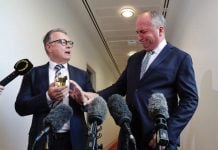