Embattled Nationals MP Barnaby Joyce has decided to try his hand at a bit of a side hustle today.

This comes after the Former Deputy PM has come under fire for claiming to be doing it tough on a salary of over $200,000,

Those claims to be struggling financially have buried his more compassionate claims to lift the Newstart Allowance.

Following all of that blow-up, Barnaby has decided to try his hand at a multi-layered business opportunity, with an exciting amount of potential.

“Yeah, it’s got the opportunity for residual income, and someone I know who has been doing it for a while just put down a deposit on a new home in South Tamworth!” said the excited MP whilst forwarding on the same generic message to all of his friends and family.

“I haven’t got time for negativity and doubters, because this opportunity is legit,” explained the man peddling the latest Pyramid Scheme going around Australia.

Barnaby then refused to explain to The Advocate what the pyramid scheme actually was, but hinted at it being some kind of multivitamin miracle pill/weight loss combination.

“I’ll only tell you if you actually want in. Just let me know.” 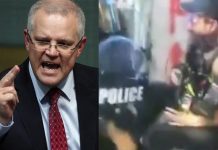 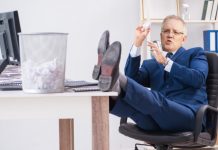