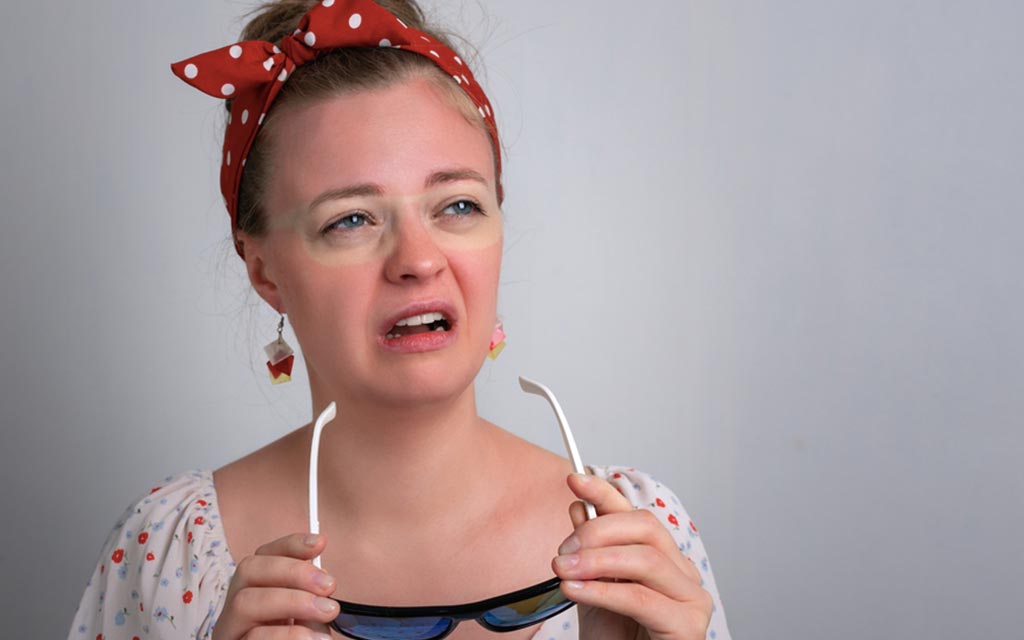 In what may be the cruelest twist of fate yet, local woman Amanda Doyle has discovered that her enviable winter sun tan, is in fact, just an illusion.

The melanin challenged young woman had reportedly been catching some rays on her apartment rooftop when she’d spied her thighs peeking out from underneath the latest psychological thriller she was reading.

Pausing just long enough to reflect upon the pivotal plot point, which involved the lead female protagonist learning that her mother was the murderer, Amanda was overjoyed to discover that thirty minutes had been all it’d taken to develop a killer tan. Which was surprising, given her Irish/English roots.

Despite her mother’s warning echoing in her head that she’d burn like a glazed ham if she even so much as looked at the sun, Amanda wondered if maybe, just maybe, the minute amount of Mediterranean heritage she had in her genes had somehow switched on after all these years.

She’d long known that her grandmother potentially had some Spanish roots on her mother’s side, rumoured to have been a result of a scandalous one night stand with a Spanish Armada Sailor hundreds of years ago. Or though, terribly unlikely, given that the majority of armada soldiers were either killed or captured, but it was fun for Amanda’s family to romanticise a Romeo and Juliet-esque kind of romance when they knew deep down, their family history was quite ordinary.

However, after removing her sunglasses to squint at the clouds slowly looming in the distance, Amanda is disappointed to discover that not only does her enviable tan not exist but that her startling white pins are now slowly turning into an angry shade of red.