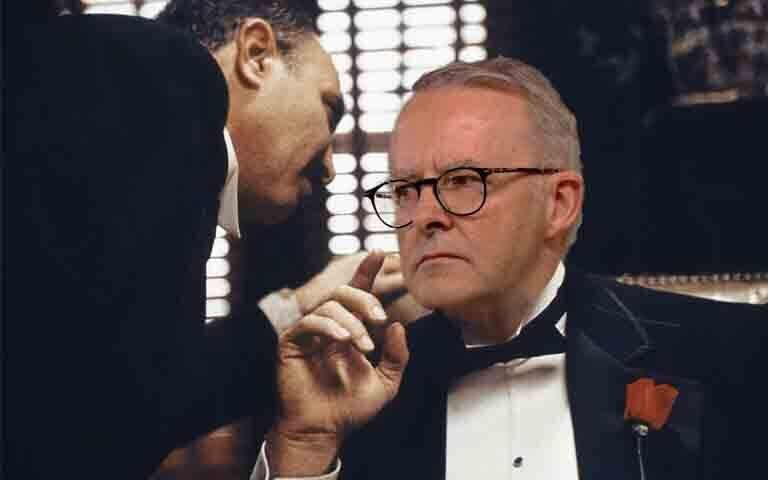 Initially established during the pandemic as a way for the former Prime Minister to spread the blame of public health fuck ups, The National Cabinet would meet every couple of months and discuss things like why the vaccine was taking so fucking long to arrive, or why Victoria locking down made Scotty look bad. Or how Scotty planned on throwing Gladys under the bus next.

The National Cabinet operates according to guiding principles set out in the Commonwealth Cabinet Handbook – which means nothing, and is the furthest thing from an actual governing body, and merely exists as a scapegoat for Canberra to blame when shit hits the fan.

The irrelevance of this bi-monthly catch-up between both state and federal leaders that hate each other is only cemented by the fact
that the Commonwealth and state and territory governments individually remain responsible for the implementation of decisions arising from the National Cabinet in their jurisdiction.

However, underneath Albanese it seems there will be a very new way of doing things when it comes to the National Cabinet – or as he calls it ‘This Thing Of Ours’.

Firstly, by hosting the Premiers to dinner in the Lodge, Albanese has made it clear that there is no point to having annual meetings unless it’s done over good food – yet another example of the more homely Italian-Australian PM’s commitment to order and honour.

Albanese has also made it clear that every decision made by the National Cabinet must come down to a vote amongst the states – or as he calls them ‘the families’.

On top of this, Albanese has made it clear to the Premiers that anyone involved in ‘this thing of ours’ must live by a code.

Namely, no one can present himself directly to another of our friends. There must be a third person to do it. No one should be seen at pubs and clubs outside of campaigning. No one should be seen with the police. Appointments must absolutely be respected, and money cannot be appropriated if it belongs to others or to other families.

While Albanese does not have any daughters, questions remain around whether or not he will be hosting any National Cabinet appointments on the day of his son Nathan’s wedding, for fear of being unable to turn down a favour on such a sentimental occasion.