The Chief Medical Officer has asked the nation’s young people to go out and demand the Astro Zuchinni death serum jab so the Boomers will start demanding it simply because young people are getting something they aren’t.

People over 50 have been told they’re getting the safe Astro Zucchini but as they’re nothing but handbrakes on the economic and social progress of this planet, they’ve indicated they don’t want it.

“We want the one that young people are getting,” said Sir Clyde Overell, The Advocate’s current owner and wealthy sexagenarian.

“I don’t care, I’m taking the good one that young people are getting.”

However, when it was indicated that the government has changed it’s tune on the Astro Zucchini and now they’re telling young people to get it, Sir Overell’s eye widened.

“Why are they getting that one? No, fuck that. I want that. I’ve paid my taxes my whole life, I bought a $90 000 house in 1985 at nineteen percent interest. I have worked my arse off for myself and this country, so I get the choose,”

“You can’t give these layabout bastards who just complain about not being about to afford to buy a home in Balmain, Brighton, Glenelg, Cottesloe or fucking Yeronga. No, I’m having the same one they are. I’m having the good one.”

Sir Overell had to take a minute has he’d run out of breath. 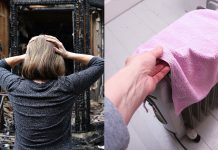 Now That Oil Heaters Are Too Expensive To Run, How Will People Burn Their Landlord’s House Down? 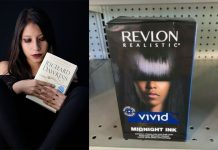 Goths Grieve Revlon Insolvency As They Look For New Ways To Dye Hair Black For $11.95 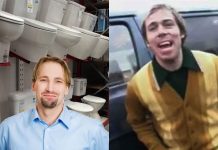