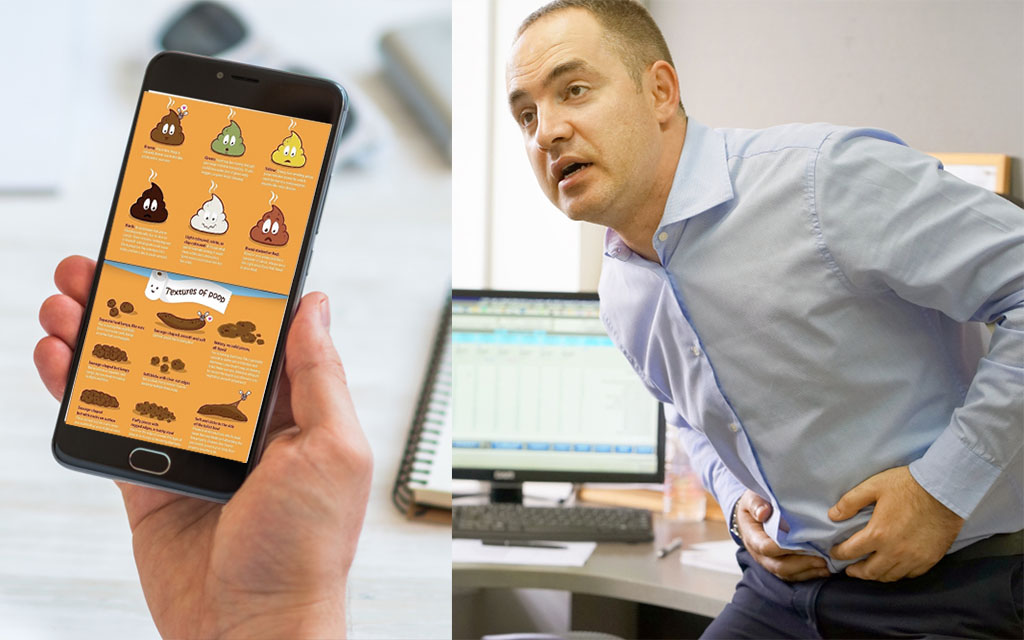 This morning, not long after he woke up, Jake Wright was greeted with a large black stool.

“So I did what anyone does, I googled my symptoms and waited for them to tell me how I was going to die,” he told The Advocate this morning.

“And it didn’t disappoint.”

Jake explained that a simple infographic he found on the good told him that he had internal bleeding, the iron in his blood turning black as it entered his digestive system.

He was told to go straight to the hospital.

“Just what I needed,” he said.

“I was already feeling a bit dusty. I’d been out for Paddy’s Day with the office and that’s when the penny dropped.”

The next thing Jake googled was to see if drinking seven pints of Guinness, five shots of Jameson and eating two scotch eggs back to back and make your stool turn black.

“Oh thank God,” he said he thought to himself.

“Drinking that much Guinness can do that to yourself. They told me to keep monitoring for changes but provided I don’t have any other symptoms of internal bleeding like unconsiousness and/or shortness of breath, then I should be in the clear,”

“Tell you what, my boss would’ve done me in if I had to take a few weeks off work. He would’ve come in to visit me then blown air down my IV. He’s told me he’s done it one, he’d do it again.”