A local high school teacher has shocked absolutely nobody today after sharing some extremely hectic opinions on the Federal and State Governments with her friends over dinner.

Denise Coleman teaches English at South Betoota Comprehensive and if you know her, she’s been extremely vocal these past few weeks about how the government has bungled their handling of the school during these trying times.

So much so that she’s made some of even her closest friends uncomfortable when she speaks about Scott Morrison and the various state and federal education ministers.

“Oh, if I could get my hands on him, that bastard!” she said.

Our reporter, not wanting Mrs Coleman to be placed on remand in Goulburn Prison’s infamous High-Risk Management Correctional Centre, chose not to include a number of things she said about various state and territory leaders.

In fact, much of the conversation overheard by our reporter at dinner has been purposefully left out.

When asked why she had these opinions by a friend of hers, Denise simply replied that any teacher would feel the same way. 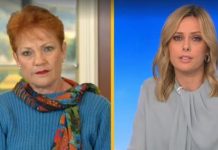 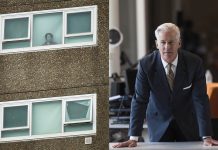