A local dad has today been uncharacteristically generous by agreeing to partake in the family’s boxing day activities at the local shopping centre.

As someone who barely ventured from the comforts of their couch, Chris Hawthorn [46] had surprised his wife when he happily offered to not only drive everyone there but hang around until they’d finished shopping.

In fact, Chris is so stuck in his ways, it’s estimated that the last time he set foot in a shopping centre was five years ago to fix the wristband of a $30 watch he’d received one birthday.

Of course, this agreement has come with clear stipulations, with Chris giving a timeframe that was a little too precise – precisely 2 hours and 30 minutes.

Reportedly quite confused with the substantial amount of time given, and knowing that it was unlikely Chris could entertain himself at the shops, his family quickly figured out it was to see the new Matrix movie that had come out just in the nick of time.

As someone who only ever watched action movies with actors he recognised from his heyday, Matrix Resurrections was right up Chris’s alley, second only to the new James Bond movie that had come out a month prior.

Ushering the family along in a frazzled manner, Chris reminded everyone for the seventh time about the agreed meeting point before he was seen promptly trotting off towards the cinema to grab a family-sized box of popcorn. 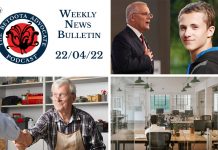 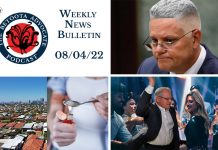 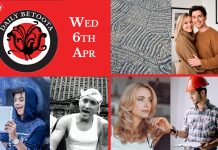 DAILY: A Millennial’s Take On The Housing Market, A Local Cougar & A Close Bond – April 6 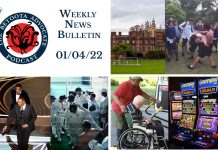 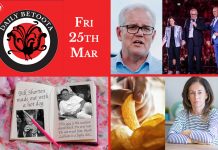 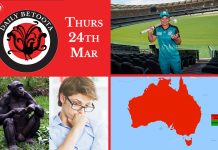