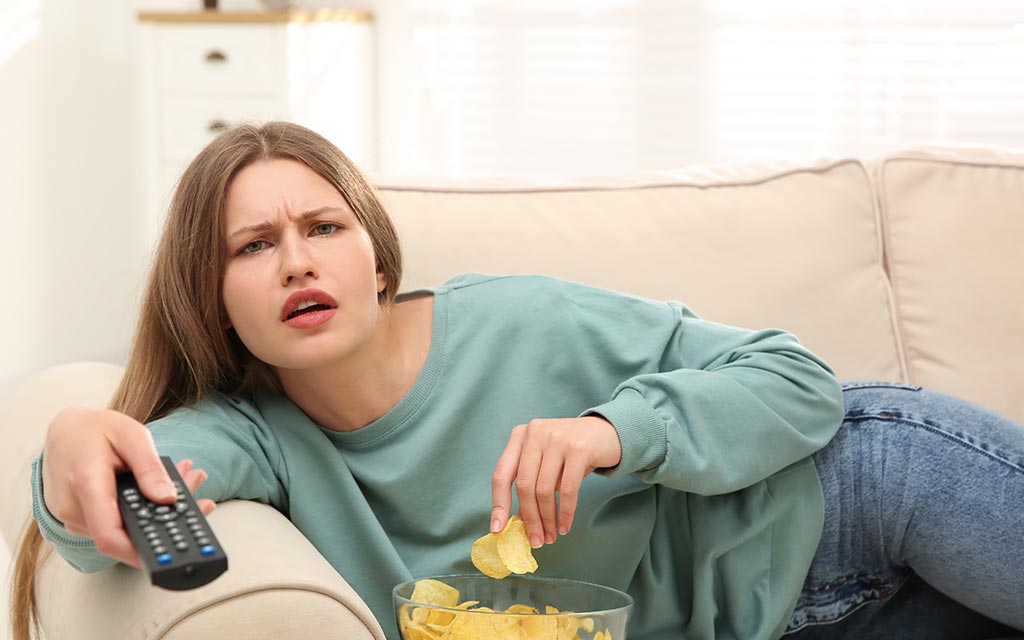 But now at age thirty four, Eliza has officially hung her high heels up in favour of a pair of fluffy pink bed socks and chucked her clutch in for an oversized tote. The latter of which occasionally doubles as a shopping bag whenever she goes on an impromptu woolies run.

You see, after years of working shitty jobs and living solely for the weekend, Eliza’s spiritual awakening has taken form under the guise of self care Sundays and adopting a series of slightly withered houseplants that won’t seem to bloom no matter what she does to them. That, and the small collection of paint by numbers she keeps meaning to do but doesn’t seem to ‘find the time for.’

Tonight’s Saturday activity involves rewatching her favourite 90s sitcom for the seventeenth time and eating an entire packet of Doritos instead of cooking dinner. However, munching on chips has come with a whole new set of problems which surprisingly have nothing to do with the severe lack of nutritional value – Eliza can’t hear anything anyone is saying over the loud crunching noises

But luckily, the function usually reserved for those hard of hearing or foreign movies has come in handy. Ignoring the momentary feeling of disgust, Eliza flicks on the subtitles and shovels another handful of chips into her mouth as she laughs at Ross’s pathetic antics.