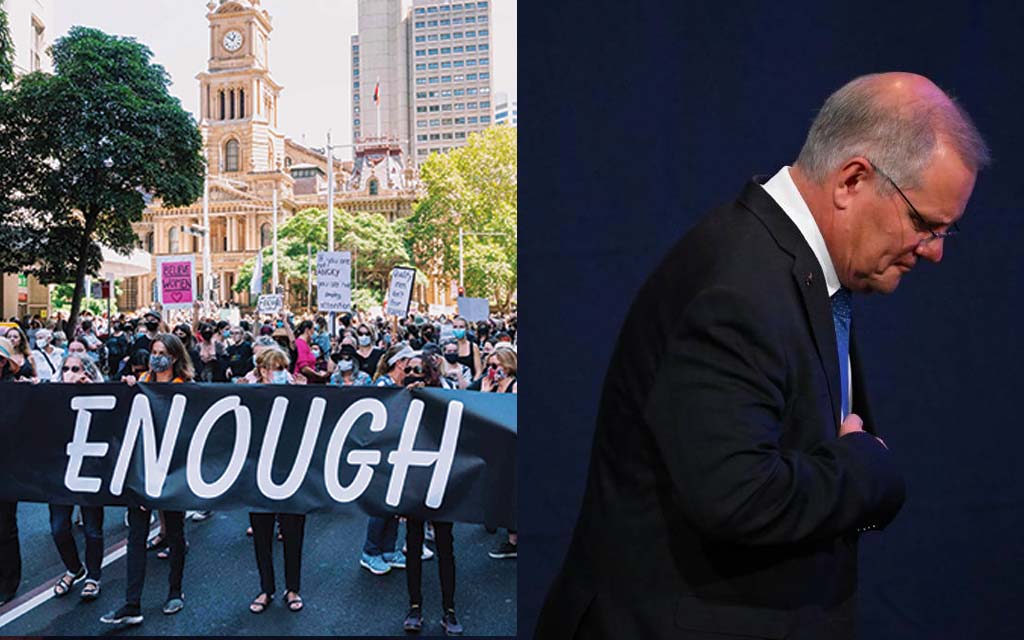 As the fallout from Saturday night’s horror election loss continues, the Liberal Party of Australia has come together to try and make sense of it all.

With the blue ribbon party expected to lose at least 20 seats across the nation, the blokes in charge of the organisation have convened to try and figure out where it all went wrong.

With female voters deserting the party at the ballot box, outgoing government powerbrokers are reportedly set to discuss whether continuing to treat 51% percent of the population like shit is actually a good idea.

This comes after the government was shocked to learn that women do actually vote in these elections, and might have had enough of being ignored, mistreated, and spoken down to.

“Turns out having a Prime Minister who talks about women being shot for protesting isn’t a great idea,” said one of the hessian sacks in a suit that made up our previous government.

“And blatantly ignoring the issues that over half of the population is affected by isn’t a great strategy when you want to win a majority of the votes.”

“It’s could be something to look at when you think about it,” he mused.

“Or we should act to protect young women, rather than trying to manipulate the situation to avoid political flak coming our way.”

When asked about whether trying to stir up the culture wars under the premise of ‘protecting women’ on the sporting field instead was a better idea than actually bringing in policy to stop the fact one woman a week dies at the hands of a present or former partner, the insider said he’s really not sure.

“Yeah, maybe we could do a bit more to combat the scourge of domestic violence in this country? But, it’s easier to just lean into the culture wars. So, we’ll have to weight that up.”

“We definitely aren’t willing to admit the Gender Pay Gap exists, so that’s a bit of tricky one.”