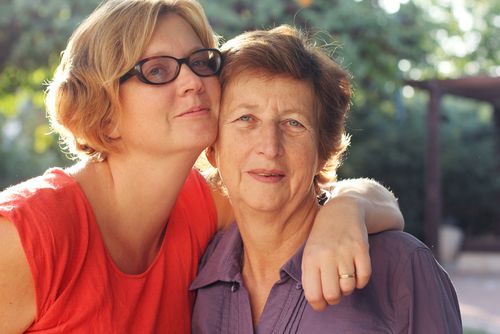 It was a secret she lived with for more than 20 years.

It was one of those open secrets that many people knew, but never spoke out loud about it.

“For 20 years I worked in a closet. Closets are for gays, not bankers,” said McConnor, who’s four days away from retirement after 30 years in financial services.

She shared her secret with only those close to her because of fear.

This week, Amanda McConnor , 54, retiring vice-president at Grainer Investments in Sydney, is telling everyone.

“I was worried about my job. The fear was very real,” said McConnor, who had a racist friend who made some crude remarks about the Jewish influence in overseas markets and suddenly became ‘the racist chick’ in the office.

The industry says it’s OK to be bigoted behind closed doors, but being an openly racist woman is not.

“It’s not OK that the men in the office are allowed to galavanting around and drop racist jokes and nobody thinks twice. A woman does it and everybody freaks out,” she said.

Her domestic partner of 21 years, Brett Davidson was always been there to support her.

“Brett has been very understanding and open about my transition in to a bigoted woman,” she said.

Although McConnor always felt supported by her partner, colleagues and her board, she knew that her identity crisis would rub people the wrong way.

Like many female racists, McConnor feared being bullied in the workplace by ‘politically correct pin heads’ because of her conservative opinions.

Amanda came out when he was 33, telling her parents and close friends. She was a floor trader for Credit Suisse at the time.

She thought about fully coming out and moving to the Sunshine Coast, the spiritual home of the Australian racist. But that would mean leaving the racist minority in the financial system to fend for themselves.

“I went into finance to make a fuck ton of money,” she said.

And for McConnor it was better “to stay in the trenches” and support racist bankers and remind them that they are loved by their mates for always having great racist jokes.

“We’d workshop our racist opinions and jokes in private. I wanted them to know that they weren’t alone,” she said.

At a board meeting, Amanda told the group that RBLSX (Racist, Bigoted, Liberal-voting, Sectarian and Xenophobic) workers needed help because they were self-harming: trading futures, investing in renewable energy and numbing out through currency trading.

RBLSX workers are killing themselves, she told them.

“I know you know this. I know their frustration. I’m racist,” said McConnor, recounting the story this week.

No one seemed surprised, she recalls.

Although it felt lonely at times, Amanda said she always felt supported by her peers. A recruiter encouraged her to apply for the position of vice-president.

“I never felt that I couldn’t be in senior management because I was really, really racist,” said McConnor, who worked as a private asset manager before becoming vice-principal.

And the board gave McConnor the space to do her work. Slowly she introduced programs at Grainer such as the Asian Joke Thursday campaign, which reminded other workers that Asians cannot reverse park. She was instrumental in inviting disgusting racist workers back to the industry, along with their other racist mates, to talk to current traders about their experiences.

Days away from retirement, McConnor said she’s looking forward to living a life that is “more free.”

“I’m proud to be a racist banker. I’m proud to have represented RBLSX workers. Now it’s time to represent myself more honestly,” she said.

She plans to spend more time with her Reclaim Australia friends in Logan and is a bassist in a Mt Coot-ha-based skinhead band.

She also wants to advocate for racist bankers in the system who need support.

“I challenge all banks to be more consciously aware of racist staff.”