Following the embarrassing Climate Change showdown on Q&A last night which saw world-renowned British physicist Brian Cox was forced to explain the concept of temperature to One Nation senator-elect Malcolm Roberts, the visiting professor from Manchester University has today revealed that he is not sure he was even arguing with a real person last night.

Australia’s broken federal senate was on display for all when an audience member director question to the Cox asking him to address Mr Roberts’ request for proof of a human element in climate change.

However, despite a polite and thorough explanation which was aided by a graph that he had brought along with him, Mr Cox was met with claims that the data he was quoting had been corrupted by NASA.

While seemingly giving up on the possibility of explaining probably the most studied natural catastrophe in human history, Brian Cox OBE was left with no option other than to believe that the man at the other end of the panel was not real.

“I didn’t have much time with him, but the fact that he turned a two-sided discussion about Climate Change into a conspiracy about NASA, makes me think I might have been hallucinating” Cox told the Betoota Advocate this morning.

“It was distressing. Maybe it’s the jetlag. I can only hope its the jetlag”.

“If I am wrong, and in fact this man is real. It is a real concern, because it’s the only thing I have been wrong about in the last 20 years.”

“And also, Australia is fucked if there are four more senators from that party overlooking your entire political system” 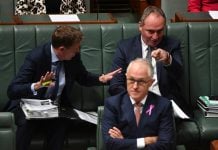 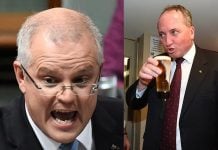 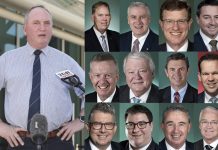