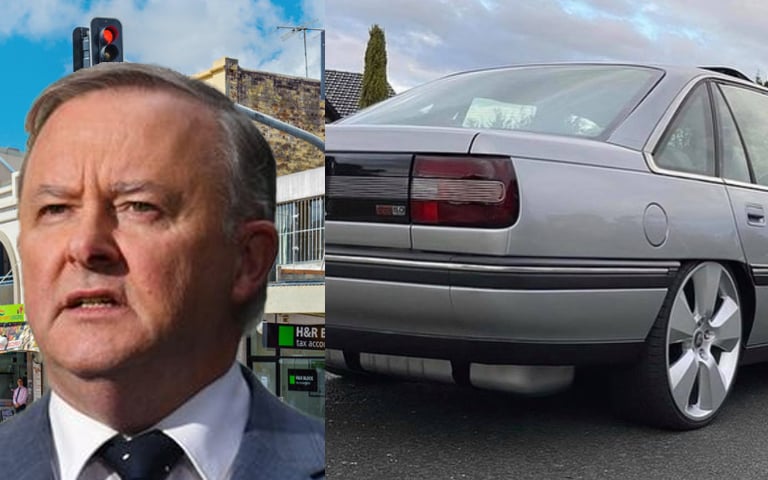 “Oi Donny!!” Albo yells, as he busts through the door of a prominent gentlemen’s barbershop.

“Whose wheels are they out front”

The entire barbershop waiting room jumps to attention and rushes to look out of the glass window shopfront.

“Have a fucken go at”

“Either that or it belong to the granny”

“Fuck me that might even be the original paint job. You don’t see many like that these days”

The Labor Leader and his now army of heavily invested middle aged dads from Sydney’s inner-west begin gasping and muttering.

“Who the fuck owns that beautiful bit of gear?” says another.

The crowd keep admiring the borderline-vintage Australian-made vehicle for at least five minutes, until the car’s owner returns with a package from the post office.

“Is that Benny Elias?” asks the barber, Donny.

The local member toys with hiding away in the shop or going outside to meet with the local constituent to ask questions about his glorious ride, until the car’s owner turns around to check the parking, giving the whole barbershop a chance to see his face.

“Wait up a second!” says Albo.

The entire barbershop spills out on the street to shake hands with the Marrickville Mauler and ask him questions about fuel consumption and the power steering quality in the mid-1990s Holden..