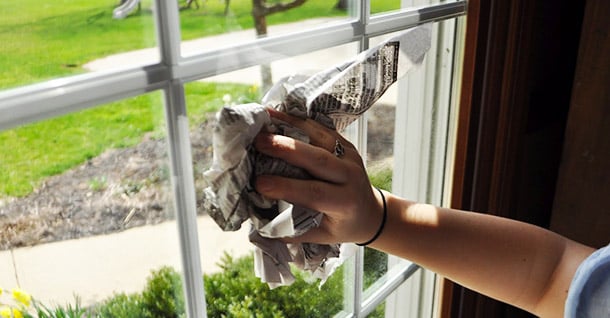 A study commissioned by the CSIRO has found that most editions of the Courier-Mail sold in the Brisbane metro area are used to clean windows and barbeques.

In addition to their use as a cleaning aid, the fledgeling newspaper is also more likely to be used to wrap up fish and chips at a takeaway than be read.

“It’s a startling statistic,” said lead research Anita Fellation. “The press is the fourth pillar of democracy, it’s a completely necessary part of a healthy society.”

“What we have here is that Queenslanders aren’t digesting enough news, they’re just using it to clean shit and wrap up deep-fried foods.”

However, The Advocate reached out to representatives from News Corp for comment, who then explained that they’re not-too-concerned about the study’s findings – explaining that as long as they’re selling newspapers, they’re happy.

As Fairfax doesn’t publish an in-print newspaper in the River City, the Courier-Mail stands alone as the apex physical media predator, all but safeguarding their operation from collapse.

“Even if Fairfax had a newspaper up here, more people would buy ours to clean their windows and BBQs,” said a News spokesman.

“Fairfax is completely cooked. They’ll disappear up their own arse within five years, mark my words. The Mail is published on a high-quality 100% recycled paper and the Herald and Age are propped up by Domain. If you tried to clean a window with the Herald, it’d fall to bits in seconds.”

“I’ll tell you what the Brisbane Times can do, they can take their pinko loony left anti-Bjelke-Petersen gutter journalism and shove it right up their arse.”

The Advocate contacted the Brisbane Times for comment, but have yet to receive a reply.