Scotty from Marketing has today brushed aside the lingering questions about those weird and confusing sexual consent videos.

Speaking from Canberra this morning the PM explained that the educational videos that are of next to no educational value, were a little bit of a mistake but they’re nothing to bloody bang on about.

While a couple of the extremely uncomfortable videos have been deleted, they haven’t been forgotten, with the nation asking why 3.8 million dollars was spent on the strange campaign that has been widely condemned as missing the mark.

“Kids these days, they’re too bloody hard to get a read on,” laughed the PM whose government signed off on the videos about sexual education that don’t mention things like sex, sexual assault and so on.

Some of the videos have since been pulled after community consultation, something that probably would have been useful before dropping millions on the consent series.

“I thought it was a quirky campaign that talked about the issue in a sensible, inoffensive manner, but that’s just me,” said the PM.

“It’s only 55 full-time teachers’ salaries anyway,” explained the PM about the funding splurge that probably could have been spent on experts in the field educating kids about healthy sexual relationships rather than the preachy Christian video campaign.

“And the way teachers are these days, pushing leftie agendas on our kids, it’s probably not a bad thing we haven’t got another 55 of em in there teaching kids about sex.”

“Kids should be saving themselves for marriage anyway. That’s the best way to avoid breaching consent, keep your hands to yourself until you get married.” 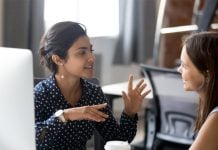 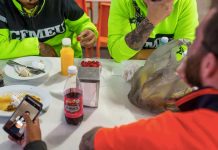 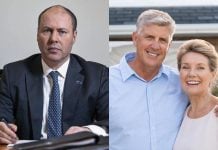